Those who believe that the “liberal idea” won an irreversible victory after the collapse of Soviet communism, sadly delude themselves. Authoritarianism is making a comeback. In particular the “China model”, a mix of authoritarian government and a capitalist economic system, seeks to portray itself as a superior model for the world and to overthrow our liberal order.

China seeks hegemony over all of Asia and the Pacific. It aggressively cultivates ties with ethnic Chinese communities to sway policy in countries like Singapore and Australia. More importantly, it increasingly aspires to challenge the United States for global leadership on all fronts – economic, political, technological and even military.

1 China’s economy will inevitably surpass that of the United States. A country with one quarter of China’s population cannot forever maintain an economy more than five times as large as China’s.

The “China model” has, to date, produced impressive annual growth rates of 9 or 10 percent. Millions have been brought out of poverty. Shanghai and Beijing, as well as other regional capitals are sprawling metropolises, rivalling any American or European city.

In recent years, China’s foreign aid flows per year has made it the largest bilateral source of foreign assistance, surpassing even the US. Its growing influence in Africa, South East Asia and Latin America is notable. The bulk of this aid is in the form of export credits or loans. This type of lending can plunge weaker economies into a debt trap that requires them to sell off their strategic assets to China.

With its Belt and Road Initiative, China is prepared to spend more than a trillion dollars to forge a bloc of economic and strategic ties stretching throughout south, central, and west Asia, all the way to Europe and Africa. This scale of investment is unprecedented, even during the Cold War, by either the United states or the Soviet Union.

New found economic power is sooner or later translated into military power and may eventually lead to geopolitical conflict. China will inevitably seek to build its own world order, fashioned by its own world view, economic and political interests. According to the Center for Strategic and International Studies, an independent Washington think tank, China has increased its defence spending nearly fivefold over the last decade. More importantly, it can now challenge American military supremacy in the places that most matter to it: the waters around Taiwan and in the disputed South China Sea.

The United States’ withdrawal from the Trans-Pacific Partnership was possibly the most grievous self-inflicted wound to America’s global leadership since the creation of the liberal world order after WWII. Trump’s pull-out was a massive gift to authoritarian China and a blow to democratic aspirations in South East Asia.

Closely allied to its economic and military expansion has been its quest for technological superiority. China is aggressively seeking to gain dominance in cutting-edge, transformative technologies like AI, supercomputing, robotics, drones, electric cars, virtual reality, blockchain and biotech. Its prepared to use any and all means to pursue these technologies – from industrial espionage and cyber theft to sending large numbers of students to US graduate programs in science and technology to investmenting in American and European start-ups.

2 For decades, American politicians assumed that their model – liberal democracy with an open economy – was far more appealing to people worldwide than China’s model of dictatorship and state-run capitalism. These days, that is less and less true. The Pew Research Center found the gap in favourable global attitudes towards China and the United states narrowing in 2017. In Australia, the Netherlands and Spain, favourable views of China even exceeded those of the US by more than ten percentage points. In Canada, Germany, France and Britain, levels of positive feeling towards the US and China are within five points of each other. Granted some of this could be the Trump Effect and the US may find its popularity grow once Trump is out of power. But in either case this was unthinkable ten years ago.

What appeals to people around the world is China’s rapid economic growth. China tends to encourage authoritarian regimes by the power of example. More and more countries are embracing authoritarianism to deliver growth and development. From Turkey to Poland and Hungary, there is a growing list of democracies that have developed a fascination for China’s “authoritarian capitalism”.

China itself is becoming more authoritarian, even neo-totalitarian, with its social credit system, it’s intense suppression of religious and cultural minorities, and its tightening repression and concentration of power under Xi Jinping. It’s increasingly domineering claims to the South China Sea, its territorial disputes with other Asian countries, and its buying up ports and infrastructure, should be raising red flags in Washington and other Western capitals.

3 America, the guarantor of the liberal order, has become complacent. Some experts still bet their cards that economic growth will eventually require, nay, demand political liberalisation. They seem to ignore the fact that China under Xi Jinping has moved in the opposite direction. Could this reassertion of political repression signify that the Chinese one-party state feels threatened? Perhaps. But in an environment where authoritarianism is making a comeback in general and where the democratic world is beset by a crisis of confidence, it may be complacent to view this as the beginning of the end of one-party rule in China.

4 The West seems to be going through a period of self-loathing. The US and the UK, traditionally the two leaders of the free world seem to have lost their way. The US presidency has managed to alienate his closest allies and turn America inwards. Mr. Trump´s policies are rooted in an “America First” worldview, and a rhetoric suffused with praise for dictators. The UK has decided to go it alone and file for divorce from the EU. In truth, the EU is having problems of its own: North vs. South; growing illiberalism in some member-states and bureaucratic paralysis. The free world appears to have lost confidence in its own institutions. Established democracies are becoming more polarised, intolerant and dysfunctional.

The news from the economic front is not much better and further contributes to a crisis of legitimacy. Growing obscene disparities between rich and poor and stagnating incomes of the working and middle classes, are not the best of selling points. People start to question whether their children’s lives will be better than theirs. Today we hear a new generation of intellectuals proclaim the superiority of the “China model” of autocratic rule combined with vibrant capitalist growth.

Much as we like to blame Trump for all the world’s problems, the decline of American democracy and its growing isolationist stance preceded the election of Trump. The fiasco of the war in Iraq and then the financial collapse of 2008 did not do much for America’s prestige. Decades of rising political polarisation has turned its two main parties into warring tribes. The media privileges sensationalism and groupthink – evidence-based debate and free thinking has taken a back seat to ideological discourse and political correctness.

5 Finally, one of the most alarming elements of China’s rising international profile is its accelerating efforts to project “sharp power”, a phrase coined by Larry Diamond, arguably the world’s leading scholar on democracy. Sharp power refers to China’s regular recourse to disinformation, deception, coercion, bribery, and penetration of the political and civil institutions of open societies to try and shape the narrative about China.

China is using the openness and pluralism of democracies to subvert them. It builds alliances with overseas Chinese social groups and prominent individuals whilst also managing information, promoting propaganda, and engaging in espionage. Higher former government officials in the UK, France, Germany, Australia and Portugal are finding lucrative work with Chinese interests after they leave office.

Covid-19 is a case in point of how good China has become in “reinterpreting” reality. It is ironic how China was (lest we forget) where Covid-19 first originated and where the authorities initially hid the problem from the world, arguably making things much worse. It has since attempted to bend the narrative and make itself out to be the “saviour” of humanity, by supplying the West with tests (often faulty), face masks and ventilators. When China has so much to answer for, we have shamefully bought into this rhetoric.

Could we be witnessing the beginning of a Second Cold War? In many ways, China seems to  think their model can compete head-to-head with American-style democracy and capitalism with their “tedious” Western standards of accountability and moralistic beliefs in freedom and rights. This presents a huge threat to our ‘open societies’

It would be good to remind ourselves of just how bad the alternatives are to a liberal democratic way of life. You cannot have freedom without democracy. There are no individual rights to speak, publish, think, pray, rally, criticize, read and search the internet. China may present a model of greater order, but without the rule of law, only the ruled are constrained, not the rulers. This kind of order readily descends into tyranny, terror, mass imprisonment and genocide.

For me the student protests in Hong Kong and now Covid 19 have been an eye opener. With our current technological progress and data processing abilities, autocratic regimes like China can control their citizens in ways that Hitler and Stalin could only dream of. This is no superior model. Yet it represents a very real threat to Western democracies. In many ways China is a more dangerous foe than the former Soviet Empire ever was. It would be unwise to ignore this. 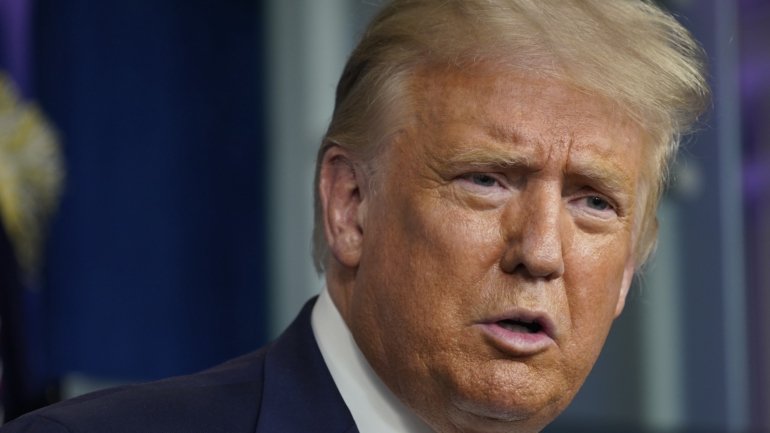 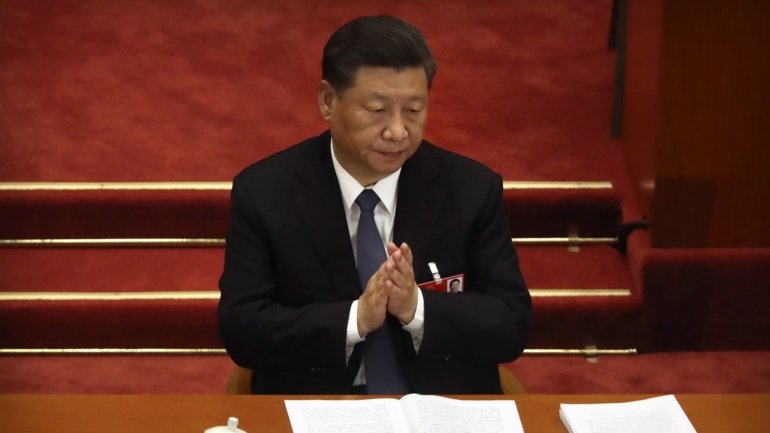 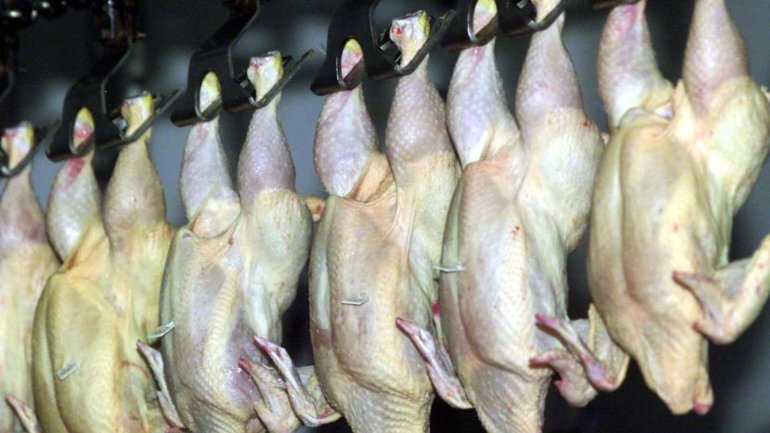 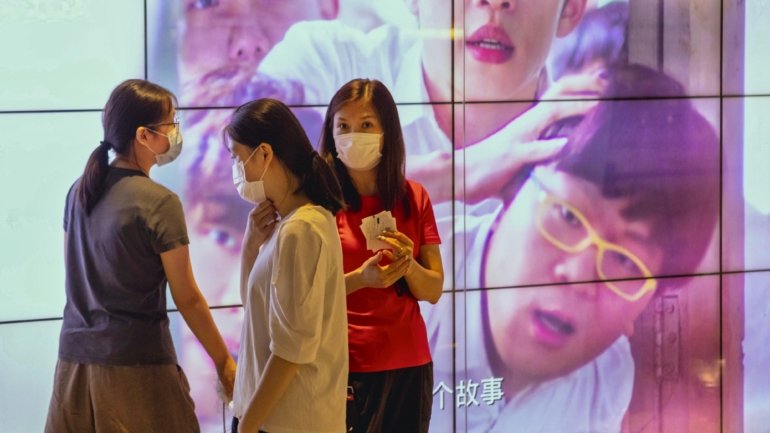 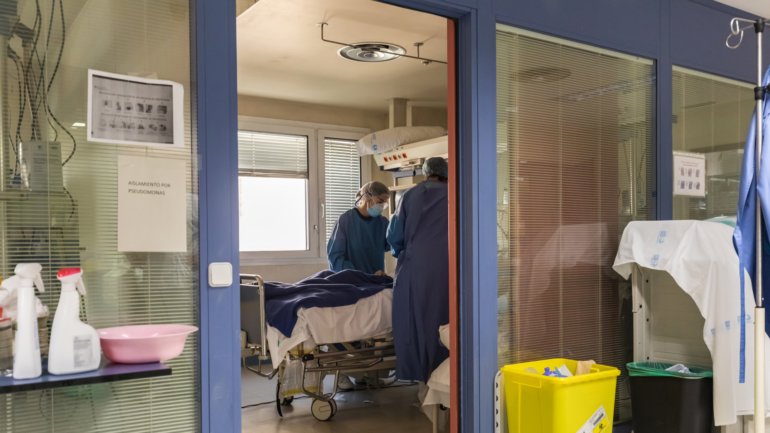 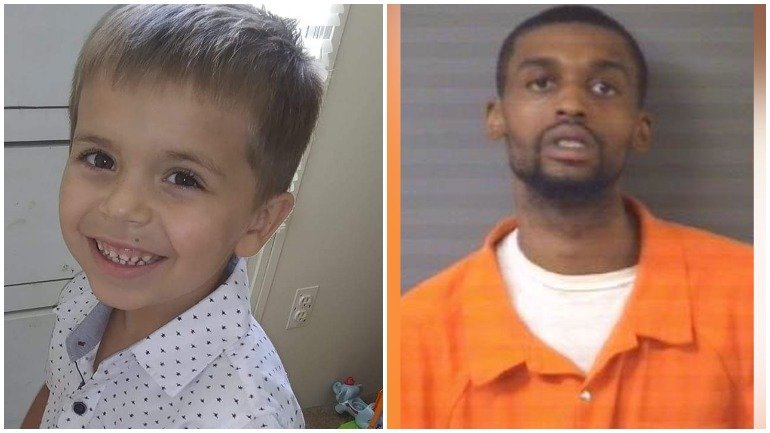 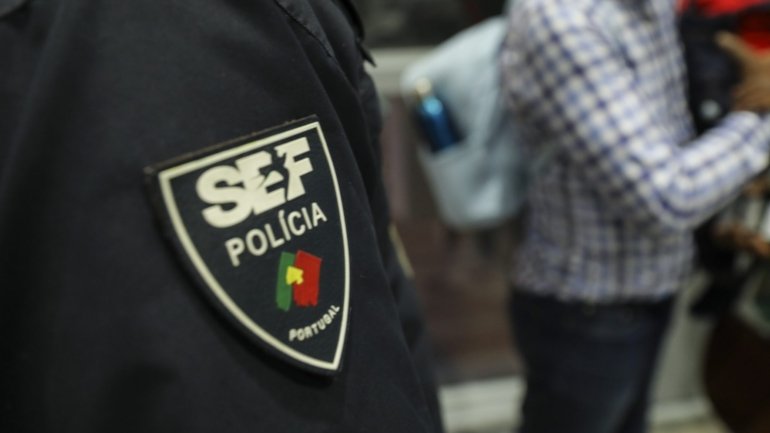 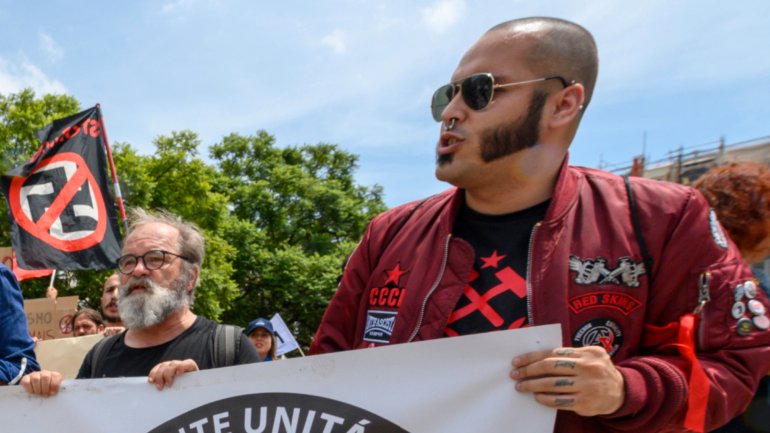 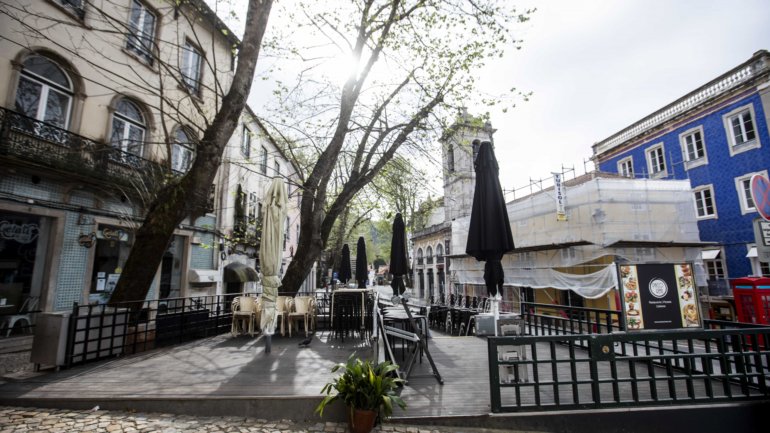 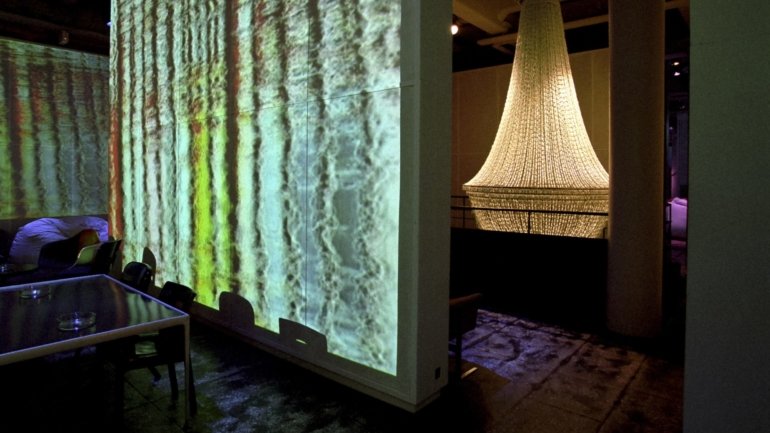 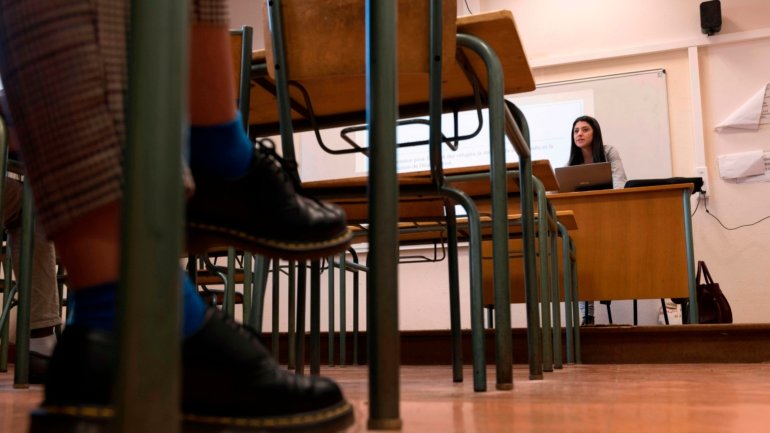 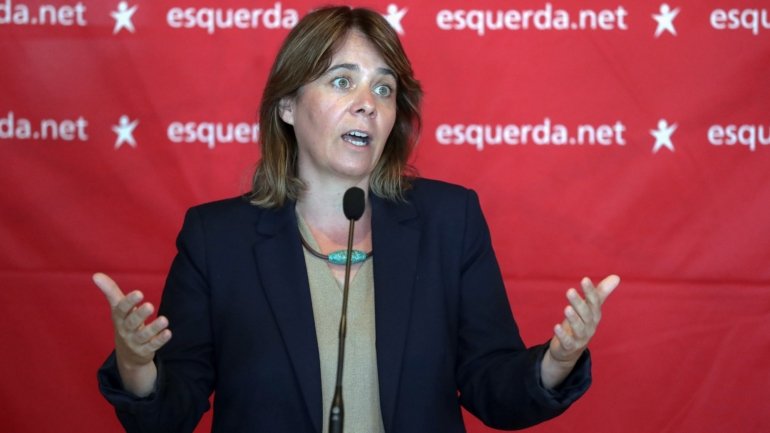