Political correctness has become a term much abused in this day and age. People are either for it or vehemently against it. But in it’s more general understanding it simply means the avoidance of forms of expression or action that are perceived to exclude, marginalize, or insult groups of people who are socially disadvantaged or discriminated against.

If you think about it in these terms, most people would tend to agree with the spirit it aims to achieve. After all, we know that our society – like most societies – is hierarchical, and the aim of a good society, at least in my view, should be to try and give as much access to the top spots to competent people, regardless of gender, race, ethnicity or sexuality. This is the true essence of a meritocratic system.

The Political Correctness Debate has been hijacked by both extremes of the political spectrum. The  Radical Left complains that this is a fictitious construct put together by the right to create a non-existent monster on the Left that it can attack.” The right sees this as an attempt by the Left to restrict freedom of speech, to redefine speech in an ideological, neo-Marxist way and an attempt to rewrite history by denigrating heroes of our past who do not conform to their worldview.

It’s time we introduce some common sense into this debate and occupy the political centre. Perhaps this way we would be able to have a discussion of what still divides left from right, instead of resorting to insults, de-platforming, fear mongering, “culture cancelling” and so forth, which really leads us no where and only furthers to polarise society even more. To pursue the point further, a good society is one where neither the radical right dominates with their ideas of racial superiority nor the radical left, that aims to bring the whole system down in the name of equality of outcome.

Few would disagree, that the world is a far better place since words like “nigger” were removed from the regular lexicon. The greater inclusivity and freedom that inspired the cultural wars of the 60s and 70s was equally a tremendous achievement. The movements of civil liberties and the  emancipation of women helped integrate and give a voice to groups that had traditionally been discriminated against. Laudable objectives that have still not been fully attained.

However, like most social revolutions of great merit it has all gone a touch too far. Political correctness today suppresses freedom of opinion and, through its identity political agenda, attempts to impose on others a particular world view. Challenging the assumptions built into our ordinary use of language is one thing (what PC started out by doing and rightly so); policing freedom of expression is a totally different ball game. This radical left view of the world has little to do with what political correctness first attempted in the 60s and 70s.

So, what went wrong with political correctness? Essentially, it has become hijacked by the two extremes of the political spectrum and this has led to all sorts of unwelcome and harmful consequences.

1 It is never a good idea to silence any ideas even “unwelcome beliefs and opinions”. History has shown that some unwelcome ideas actually turn out to be very good, whilst others need to be publicly aired and debated before they can be cast in the dustbin of history. Proponents of political correctness declaring certain topics or expressions “off-limits”, only serves to replace old prejudices with new ones.

Ideas, even bad ones, help us get closer to the truth. No person is infallible and we would be wise to remember that.  By banning ideas that we don’t agree with, we deprive ourselves of rich and lively debate, of keeping an open mind and admitting the possibility that we could change our minds.

Bertrand Russell once said “One of the most powerful things of our time is that those who feel certainty are stupid and those with any imagination and intelligence are ridden with doubt and indecisions.” Spot on.

A good example is Portugal was the directive that high officials of the armed forces, tried to pass concerning “non-discriminatory language.” Some examples were absurd, others were correct. Saying “don’t act like a little girl” is clearly discriminatory to woman. But where do you draw the line? I have no objection to promoting awareness of unconscious bias but I’m rather concerned about organisations penalising employees who do not “dance to their music”.

The directive was annulled. The Minister of Defence rightly concluded that the directive needed to be matured. But at least this subject is now being debated and there is greater awareness. After all, the language we use very much determines the way we see the world. But beware of others determining how we should see and articulate it. ISIS, Stalin, Mao and other such characters come to mind.

Elsewhere political discourse has become in general extreme, vulgar and highly personal. Thoughts and beliefs, that should be aired, so we can all make up our minds about what is true and good and what isn´t, are left unspoken in the public sphere. A CATO Institute poll, showed that 58% of Americans said they couldn’t say what they believed. That’s quite a number in the land of “the free and brave.”

Freedom, open-mindedness, debate and critical thinking have suffered a further blow in this digital age. Today we all have easy and ready access to an abundance of information. It is part of the human psyche to seek validation. We tend to seek out sources of information (true or untrue – it´s irrelevant nowadays) that validate our opinions. And social media reinforces this by selecting what we see: selecting for us what confirms our prejudices, and suppressing what challenges them. Since those sources are now readily available to all, people have become even further captive of the opinions they already have.

2 The radical left agenda does not work to promote social justice, its ultimate objective. It’s how we treat people that should matter, not what pronoun we use to call them. How does introducing 100 gender types BBC films used in schools get rid of bigotry, bullying, xenophobia and such equally deplorable attitudes? It simply drives bigotry and xenophobia underground (at best) or foments a dangerous right-wing backlash. Both the radical left and the radical right follow a “with us or against us” discourse. Both sides are seemingly convinced of their moral superiority and righteousness. Both prefer to be right than to be effective.

3 The adulterated politically correct thinking of today inevitably leads to a maniacal (read infantile) way of viewing the world. Common sense and rational political discourse have gone out of fashion. Mr. Cecil Rhodes and his now “infamous” statue on the facade of Oriel College, Oxford is a case in point. Having had the life-time objective of furthering the British Empire, an objective many find anathema today, Mr. Rhodes has become the liberals’ hate objet du jour. Students demand the removal of his statue, claiming that they feel “violated” every time they are forced to walk past it. Succumbing to pressure, Oriel’s governors voted to remove it.

The statue has stood there for some time. No one had really ever complained till now. Equally, no one has ever turned down the prestigious Rhodes Scholarship on principle, because it was funded the Cecil Rhodes endowment. By all means call him a racist, preach to all who wish to listen his list of sins, avert your eyes, chose a different route if you must. But we should never attempt to erase or rewrite history. Should we also stop admiring Thomas Jefferson, one of the Founding Fathers of the American Constitution because he was a slave owner in his time? No! Both men did good and evil. Both were ultimately men of their time. To judge them by today’s values is anachronistic. Life is complicated and all the richer for it. Adulterated politically correct thinking forces us to see the world in black and white and makes infants of us all.

4 Offence-taking has now become a central element in politics, nurturing virtual gangs of the “outraged” demanding the retraction of a statement, a public apology and a shaming. We all know, at least should know, the difference between offence and true bigotry, racism and xenophobia. If no one has the right to offend another, who decides what is offensive speech? Is a comedian being offensive when he jokes about the story of Noah’s Ark? Must we now dispense with all satire, humour and irony? Ultimately, we chose if we want to be offended or not. Moreover, if we don’t like what we’re hearing, we have the freedom to change the channel, put down a book, write something on social media or simply walk away.

Protecting our children from any and all offense, is self-defeating. Teach them how to defend their position with rational speech, to convert hearts and minds, to exercise critical thinking, to think for themselves what is right and what is wrong. Universities should not be “safe spaces” but first and foremost institutions of learning, exploration and experimentation.

Naturally most of us wish to eliminate racism, homophobia, xenophobia, transphobia, bullying… in short, intolerance in all its ugly manifestations, but today’s version of political correctness does not work. If we just impose limits on language that people can use, we are failing to teach a new way of thinking. It reminds me of the teenager who is told to clean his room and just throws everything in the cupboard. Instead we should teach that certain speech may play on cultural stereotypes, that are degrading and discriminatory. But all this with moderation and good sense.

How do we balance free speech with the rights of marginalized and minority groups to have equal agency in society?  By questioning and exposing people to different views of what constitutes a good and just life. It is the opposite of quenching freedom of thought, conscience and expression, or to publicly shame all those who dare voice their disagreement. Add to that a tiny pinch of good old-fashioned common sense and treating everyone with decency and courtesy, and we may have the beginning of profitable, rational dialogue, that ultimately brings us closer to a more equitable society.

Classifying seemingly innocuous attitudes as “microaggressions” or “hate speech” and engaging in political debate based on insults and vulgarities, stands the very real chance of driving people to the other extreme or worse, to wish to opt out altogether of political and civic discourse.

It is time the centre spoke up. Open dialogue and debate free of consequences should be encouraged. Be humble and recognise you may not have all the answers. Maintain your critical faculties and think for yourself and not what others tell you to think.

I still believe that political correctness, in its original meaning, has much to contribute to our societies. Perhaps when the zealots on both sides lay down their arms and the dust settles, we can see the road ahead and what needs to be done to empower those who continue to be discriminated against.

The appeal of Trump 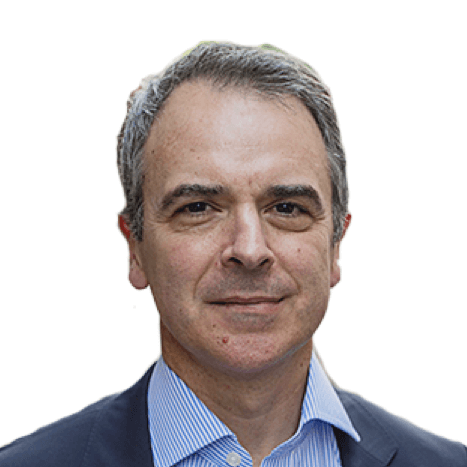 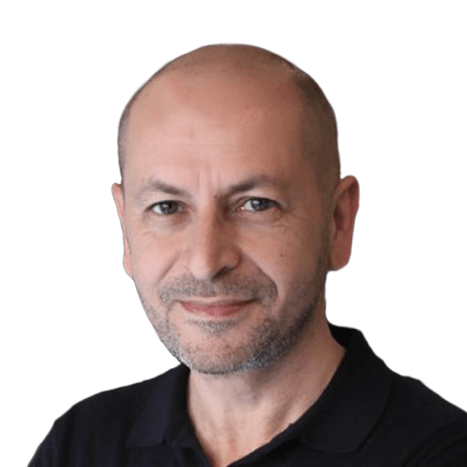 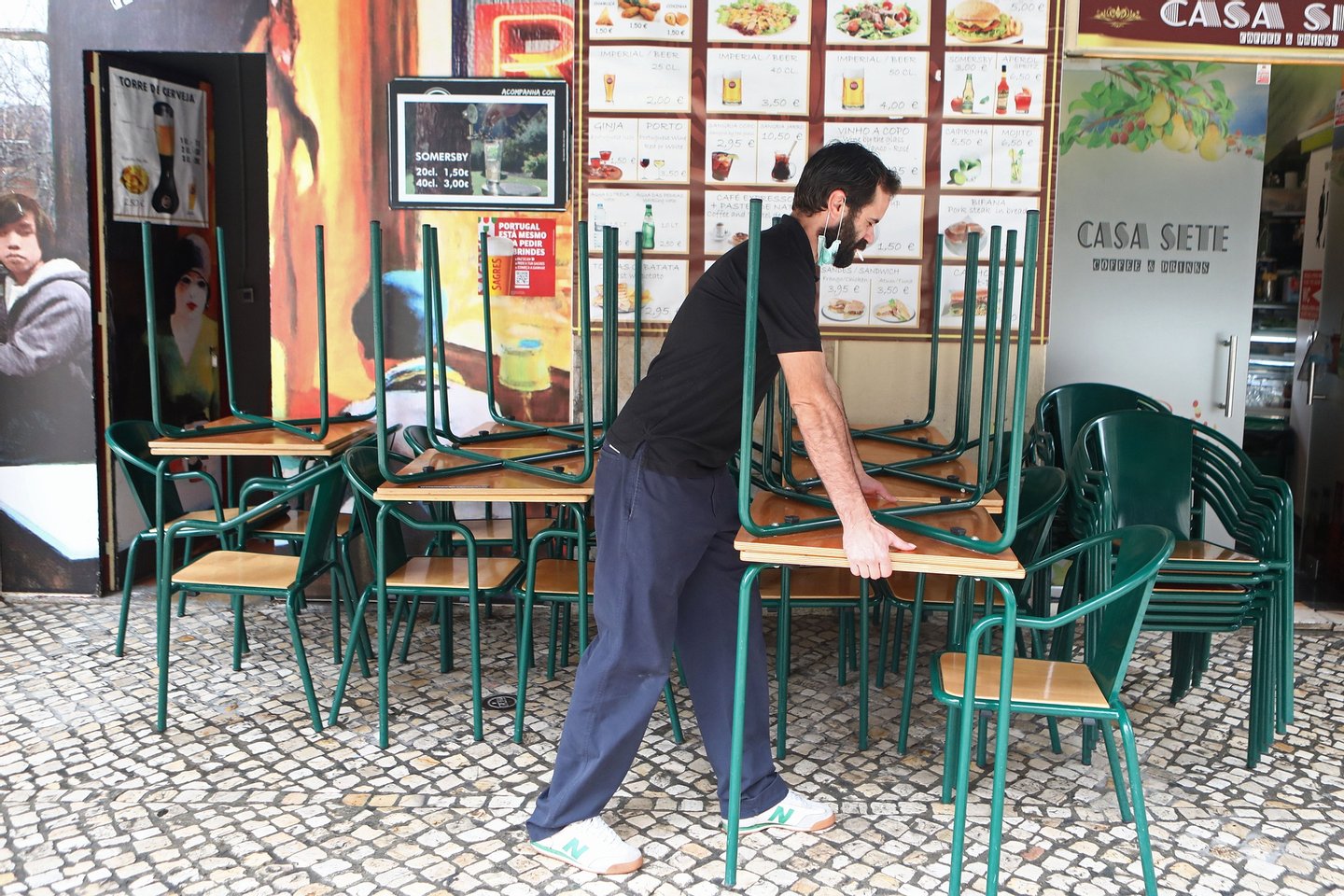 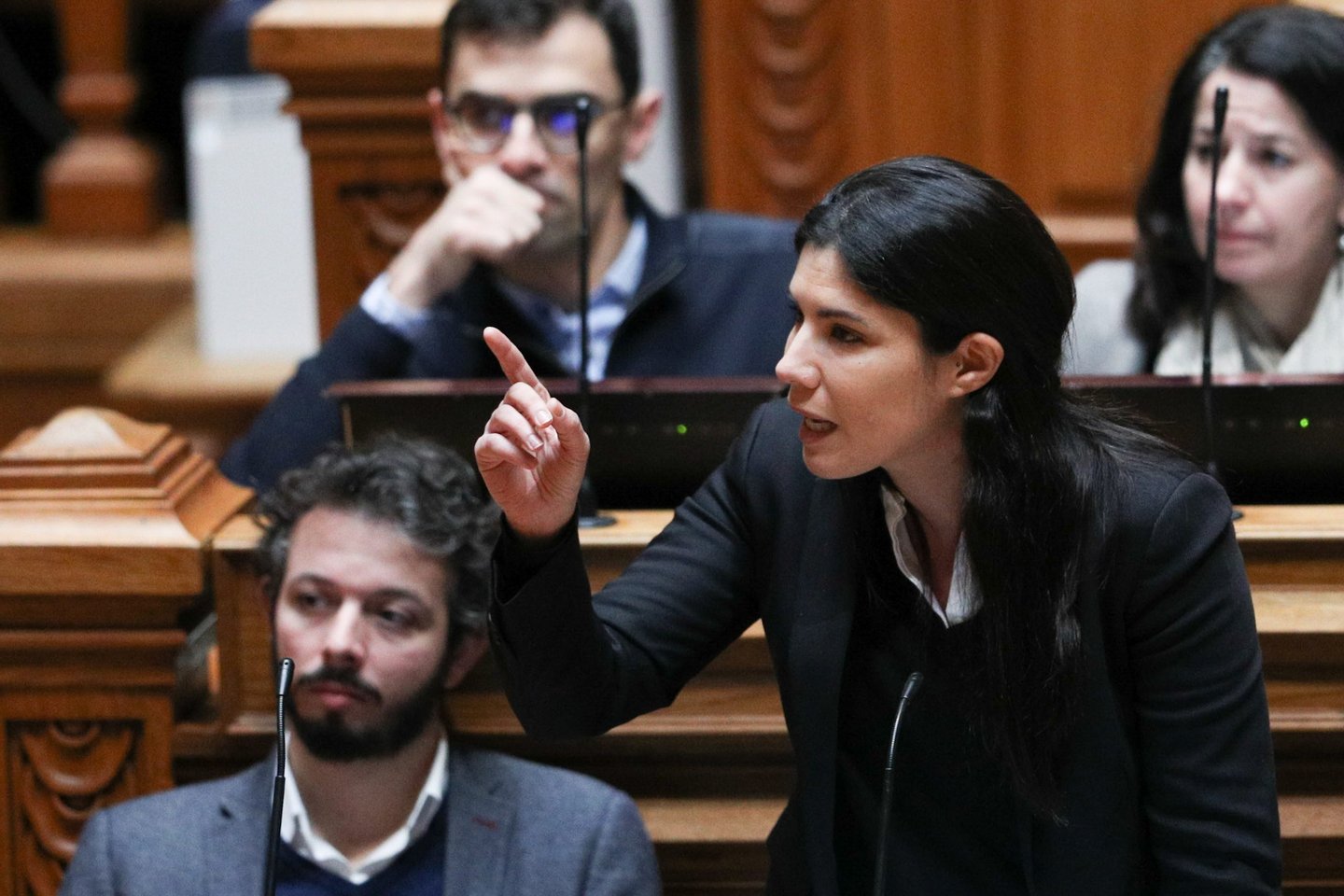 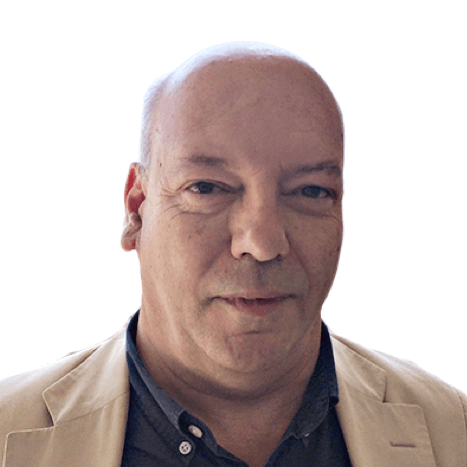 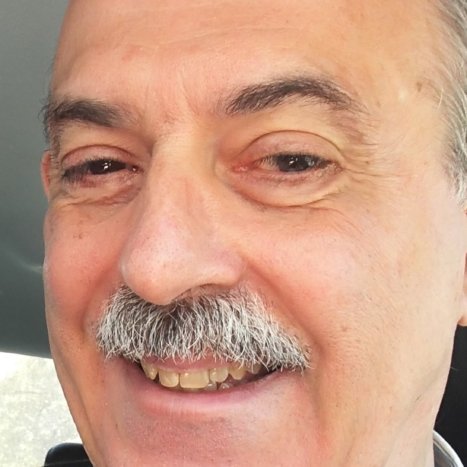 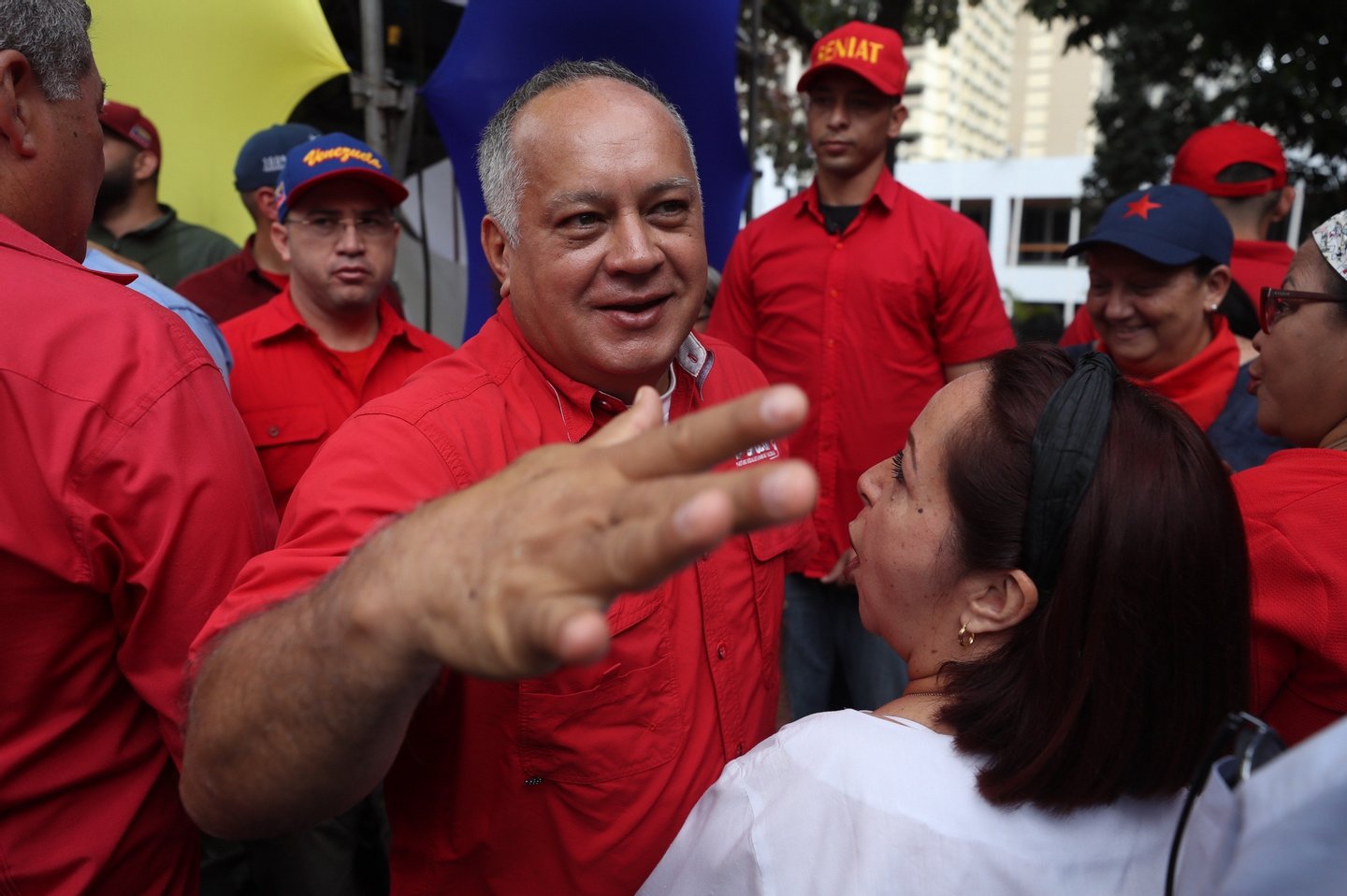 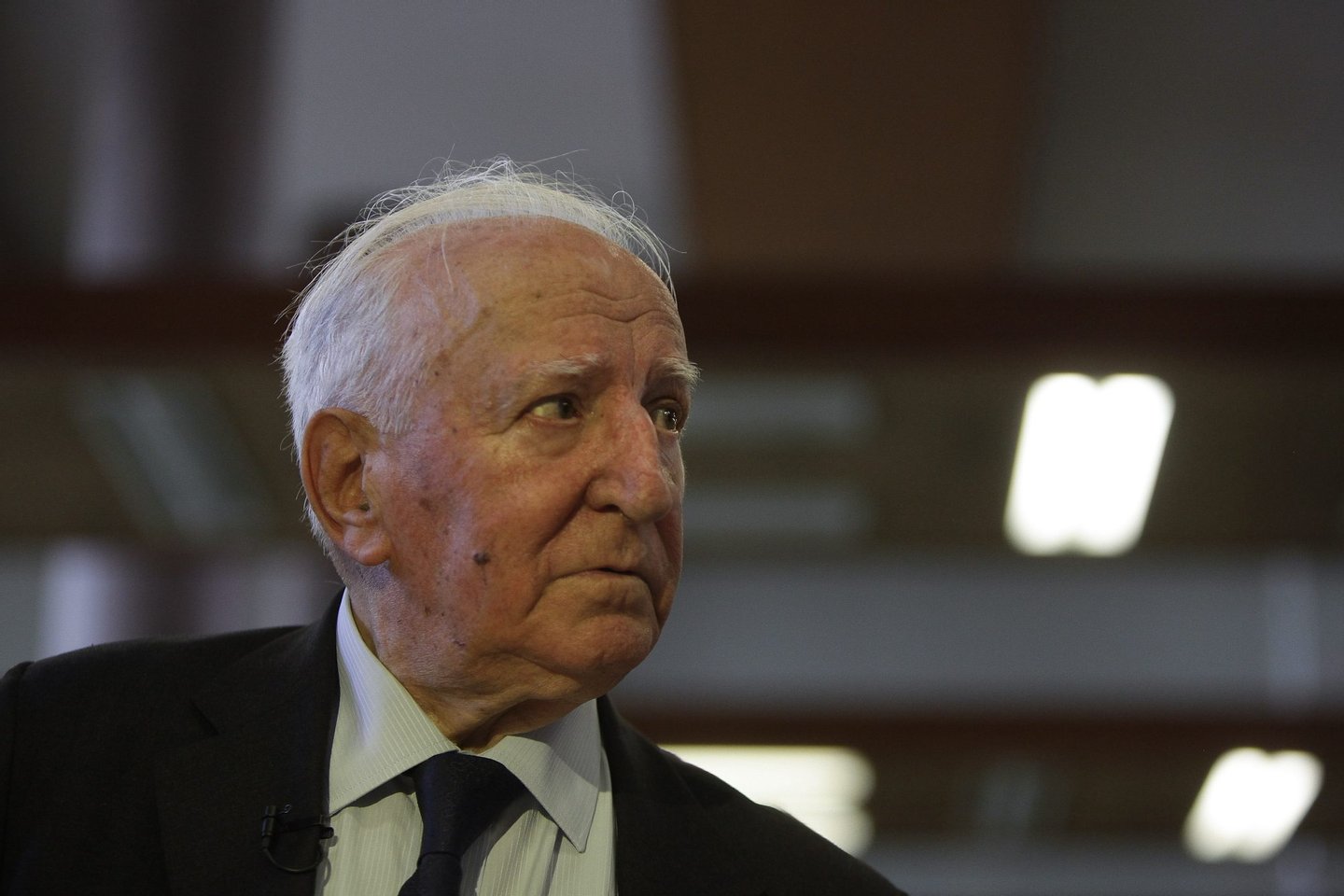 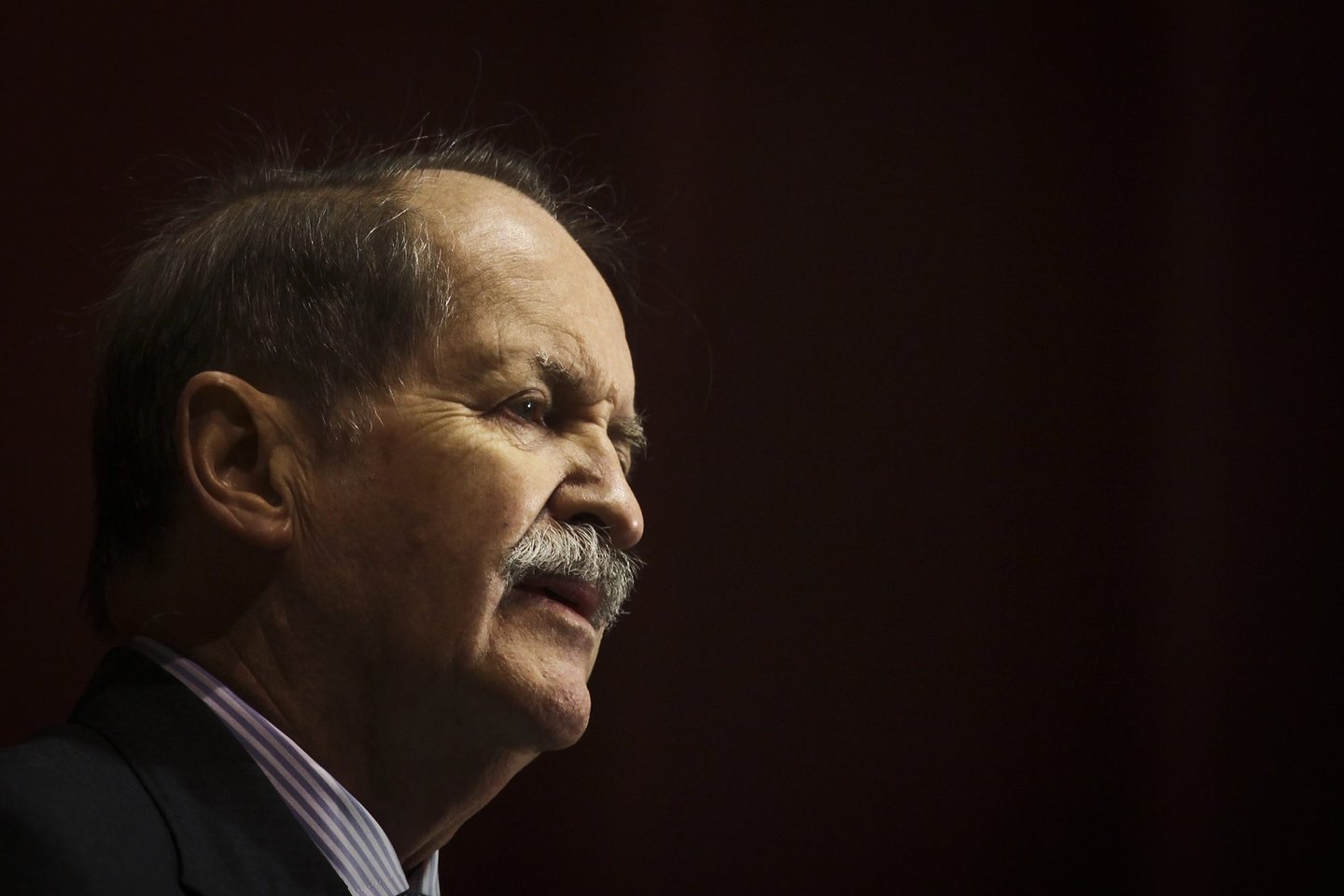