Covid-19 has no boundaries. In that way it is a pillar of democracy. However, not all countries will be equally affected. Depending on a nations relative affluence, medical systems, economic and political institutions and political systems, some will be more affected than others.

Developing countries are hurtling toward a coronavirus catastrophe. Thus far we have been lulled into believing that they will be spared or perhaps not as affected as the more developed countries. India, Pakistan, Venezuela, Argentina, Nigeria and South Africa each have hundreds, sometimes thousands of cases, but are not yet hotspots. In truth, we have no idea of the true extent of the problem yet due to lack of testing and the fact that most people will just die at home, never having been diagnosed. In either case we know from experience that there is only a narrow gap between a trickle and a flood.

Initially there was some hope that these countries would be spared a major outbreak. There is however little scientific rationale for why that might happen. There is not much evidence that the virus is less transmissible in more humid, warmer climates. Take Singapore for example. Despite its consistently warmer and more humid climate, it was one of the first countries affected, and has suffered a second wave. Any impact weather might have on the coronavirus is likely to be modest at best, delaying catastrophe rather than avoiding it.

Other factors also gave us some cause for hope. Known Covid-19 risk factors, such as obesity, cardiovascular disease, or hypertension, are more prevalent in high-income countries. Older populations are also more likely to suffer the disease’s worst consequences, whereas many developing countries have a younger population. Finally, the virus seems to spread fastest in global cities wired into international networks of people and commerce like New York, Milan, Paris or London. Populations of developing countries tend to be less exposed to global movements of people

There are countervailing factors that point to the possibility that the Covid-19 problem may be much worse in developing countries than in the developed world.  Obesity and cardiovascular disease is still prevalent in poorer countries, as are other health issues like chronic malnutrition to HIV/AIDS, measles, tuberculosis, and other diseases that weaken the immune systems and exacerbate the virus’s lethality. The young are also not completely free from contracting Covid-19, which could be lethal in individuals in their twenties, especially where urgent medical care is lacking. Health care systems are wholly inadequate and in no position to cope. Many cannot deal with the infectious diseases they already know, let alone a new and highly contagious one. Clean running water and basic sanitation is a luxury most cannot afford. A whopping 75% of people in less developed countries lack access to soap and water. Relatively young populations and warm weather will not compensate for such problems.

Whereas in the United States there are 33 ICU beds per 100,000 people, the number drops to around two in India and Pakistan. In Sub-Saharan Africa and South America, the situation is even worse. According to the Economist newspaper, South Sudan (population: 11 million) has just 24 ICU beds in total, Uganda, has more government ministers than intensive-care beds and Sierra leone (population: eight million) has a shocking 13 ventilators.

If and when the pandemic hits these countries, they will almost certainly face a sudden surge of cases that will overwhelm their already fragile health-care systems. The result is clear: the fatality rate from Covid-19 which in wealthier nations is estimated to be anywhere between 0,25 and three percent – will be much higher in poorer countries. Moreover, given that overstretched hospitals will not be able to care for other potentially treatable medical conditions, the overall mortality rate will be even higher.

Add to this the plight of those people who do not even have a conventional government, such as those in conflict zones. Refugee camps become rich targets for the virus, where camps are working at five or six times capacity and where basic hygiene and social distancing practices are impossible.

A recent UN report warns that in the worst-case scenario, without effective measures to stop the virus’s spread, the virus could infect 1.2 billion people in Africa alone, out of a population of 1.3 billion – and that as many as 3.3 million Africans could die from it. Then there are the indirect effects: the jobs lost, businesses destroyed, soaring government debt and capital flight. It is entirely possible that the coronavirus will prompt an unprecedented economic and humanitarian crisis.

Already there are huge signs of concern. Brazil already has the second highest rate of Covid-19 infections in the world. In many cases, those infected are simply dying at home without medical attention. In Guaayaquil, Ecuador’s largest city, bodies have been left on pavements by relatives fearful of contagion.

Imposing social distancing measures in poor countries, that seems to have worked so well in the more developed world to control the spread of the virus, is not a viable option. In fact, it is practically impossible if you live in a crowded slum.

Many just live too close together to social distance, in flats or houses to full to “self-isolate at home”, and shop at markets to busy to keep away from others. Preventing concentrations of people is harder in societies where religion often involve mass gatherings, and more of life is lived communally.

Strict lockdowns would have disastrous effects on people’s livelihoods. People often depend on daily hands-on labour to earn enough to feed their families. Many lack the money to buy and stockpile substantial amounts of food. They cannot afford the luxury of social distancing. If they were forced to stay at home, malnutrition, starvation and ultimately death would kick in. Governments may tell people not to go out to work, but if that means their families will not eat, they will go out anyway or riot. When life is a struggle, it is hard to worry about a threat you cannot see.

Social distancing in place throughout the developed world, relied heavily on government support systems. Many workers still receive their salaries, or part of their salaries, due to the Welfare State. Welfare states in poorer countries do not have the resources to provide a substitute income for those deprived of their normal earnings. Assuming the state could provide some assistance, the fact that most people work in the informal sector, means that they wouldn’t even appear on the government radar.

Throughout history, the poor have always been the hardest-hit by pandemics. There is no reason to believe this one will be different. Countries least able to impose physical distancing and perform contact tracing, are also the ones with the most overstretched health-care systems and the most precarious economies. A major Covid-19 outbreak in any of them will lead to countless deaths.

Should the West and the developed world, faced with their own public health nightmare and mounting debt care? Moral and humanitarian issues aside, we should very much care. This won’t be an easy sell. Public opinions will certainly resist spending resources abroad when so much is needed at home.

The pandemic knows no borders. However effective border closures may be, they will never fully contain the virus. There will inevitably be seepage, allowing the virus to return to areas where it had been eradicated. Short-sighted nationalism is exactly that – short-sighted. To completely vanquish Covid-19, the disease must be vanquished everywhere.

Imagine for a moment a scenario where the developing world suffers massive death tolls, economic meltdowns and skyrocketing unemployment and poverty. The spill over effects to the developed world could take many forms: massive refugee flows, growth in organised crime, or terrorist groups taking advantage of the spreading chaos – each of which could eventually affect Europe and the United States. Geopolitical dynamics may change as poor, insolvent countries turn to China for bailouts that always come with strings attached. If for no other reason enlightened self-interest demands we care.

What should be done? We could start with declaring a moratorium on the developing world’s debt, and eventually a total if not partial write-off of the debt altogether. As bad luck would have it, the Coronavirus pandemic hit developing countries at a time when they have already been struggling with unsustainable debt burdens for several years as well as with rising heath needs. The pandemic has further weakened their already fragile economies. Demand has collapsed for natural resources and commodities (oil, copper, tin) on which many emerging markets depend. Tourism has tanked, foreign investors have fled and remittances, usually a safety-net in hard times, are likely to fall as migrants in rich countries lose their jobs.

Alongside this, international organisations like the World Bank and IMF and individual states should urgently provide funds so that the developing world can produce or acquire medical supplies. The UN had already issued a $ 2 billion appeal to combat the pandemic. But this barely scratches the surface of funding that will be required. UNCTAD and the IMF have estimated that the liquidity and financing needs amount to at least $2.5 trillion. The IMF is committing its full $1 trillion lending capacity to helping the worst affected countries. Leaders of the G20 leading economies have announced the suspension of debt service repayments for 73 of the poorest countries until the end of the year. These are all steps in the right direction. But eventually what most of these countries will need is a debt write-off altogether.

The funds should be wisely used. Priority should be given to testing and contact tracing, in order to isolate individuals that have the virus or are suspected of having the virus. Funds should be used to help procure much needed medical supplies, leverage digital technologies and ensure that health workers are paid. When a drug is developed that reduces the severity of the disease or a vaccine becomes available, lower- and middle-income countries should be supplied these at the same time as the developed world.

These countries need to develop public policies that slow the spread of the disease but that do not at the same time undermine economic livelihoods. Universal mask-wearing should be made a priority. More targeted isolation of the elderly and other at-risk groups would still permit productive individuals to continue working. Improving access to clean water, hand-washing and basic sanitation. Finally, widespread information campaigns should be organised to encourage behaviours that control the spread of the virus: such as frequent hand washing, staying home when sick and not touching your face

Developing countries need to take full stock of the crisis instead of simply hoping for the best just because the worst has not yet materialized. As past campaigns against malaria and HIV showed, it takes a co-ordinated global effort to roll back a global scourge. Their fate is our fate. For wealthier nations to come to the aid of the developing world and help it weather the impact of Covid-19 and its longer-term costs is not simply an act of humanitarian altruism. It is a self-serving and urgent necessity. 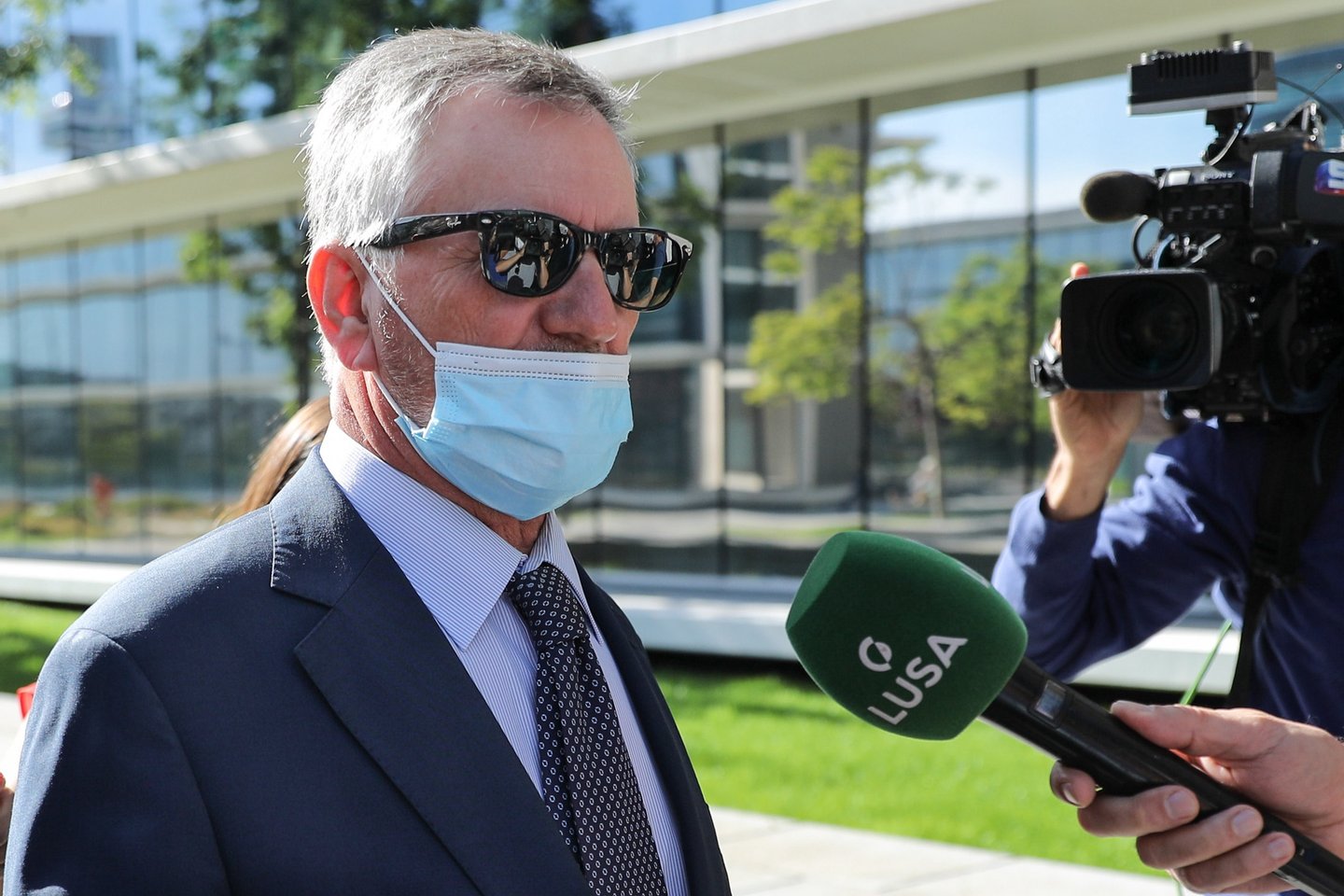 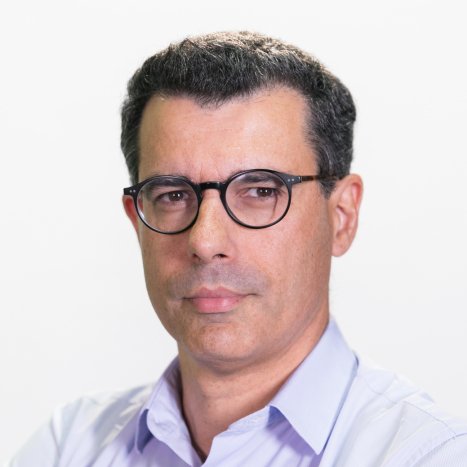 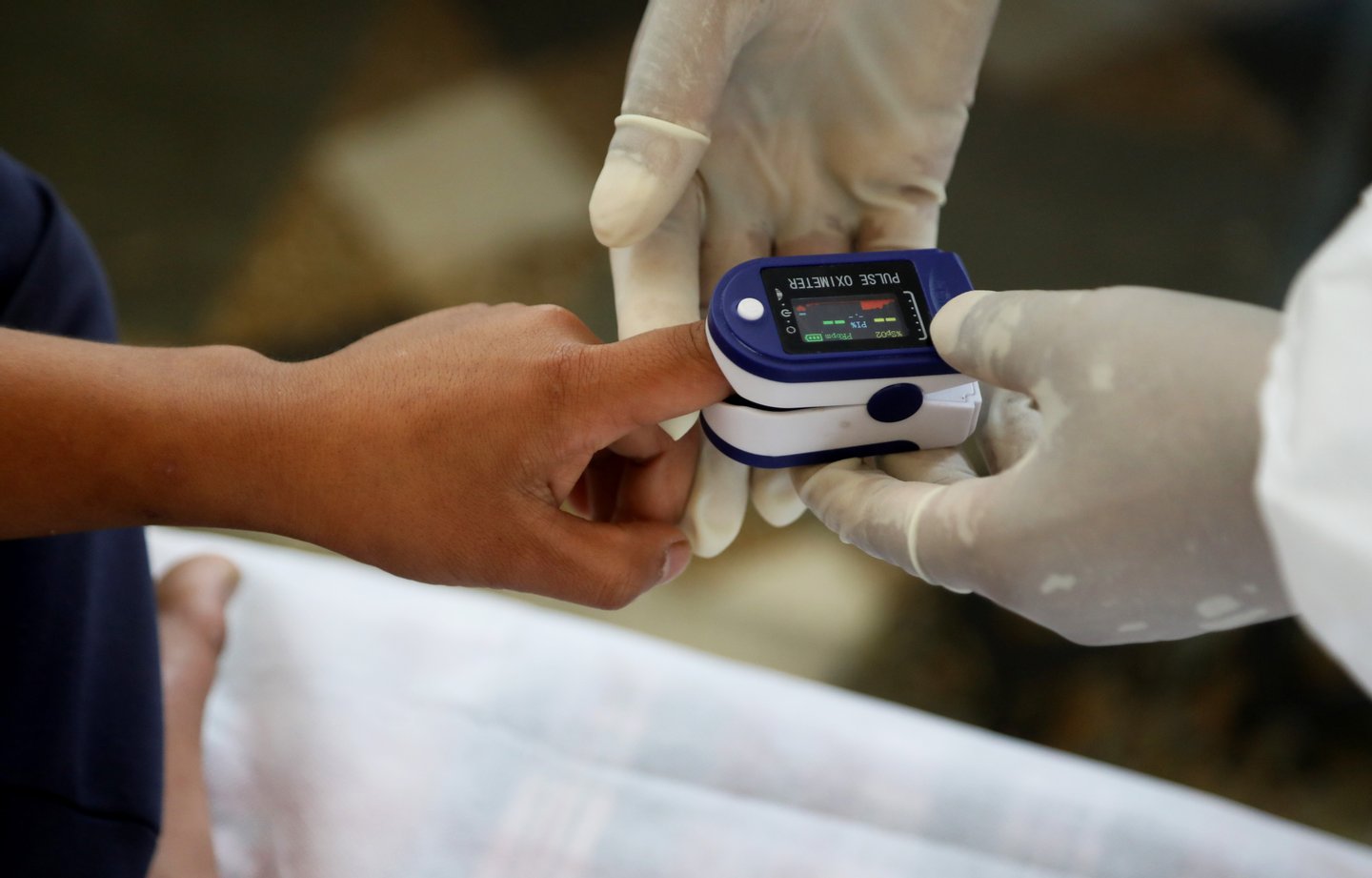 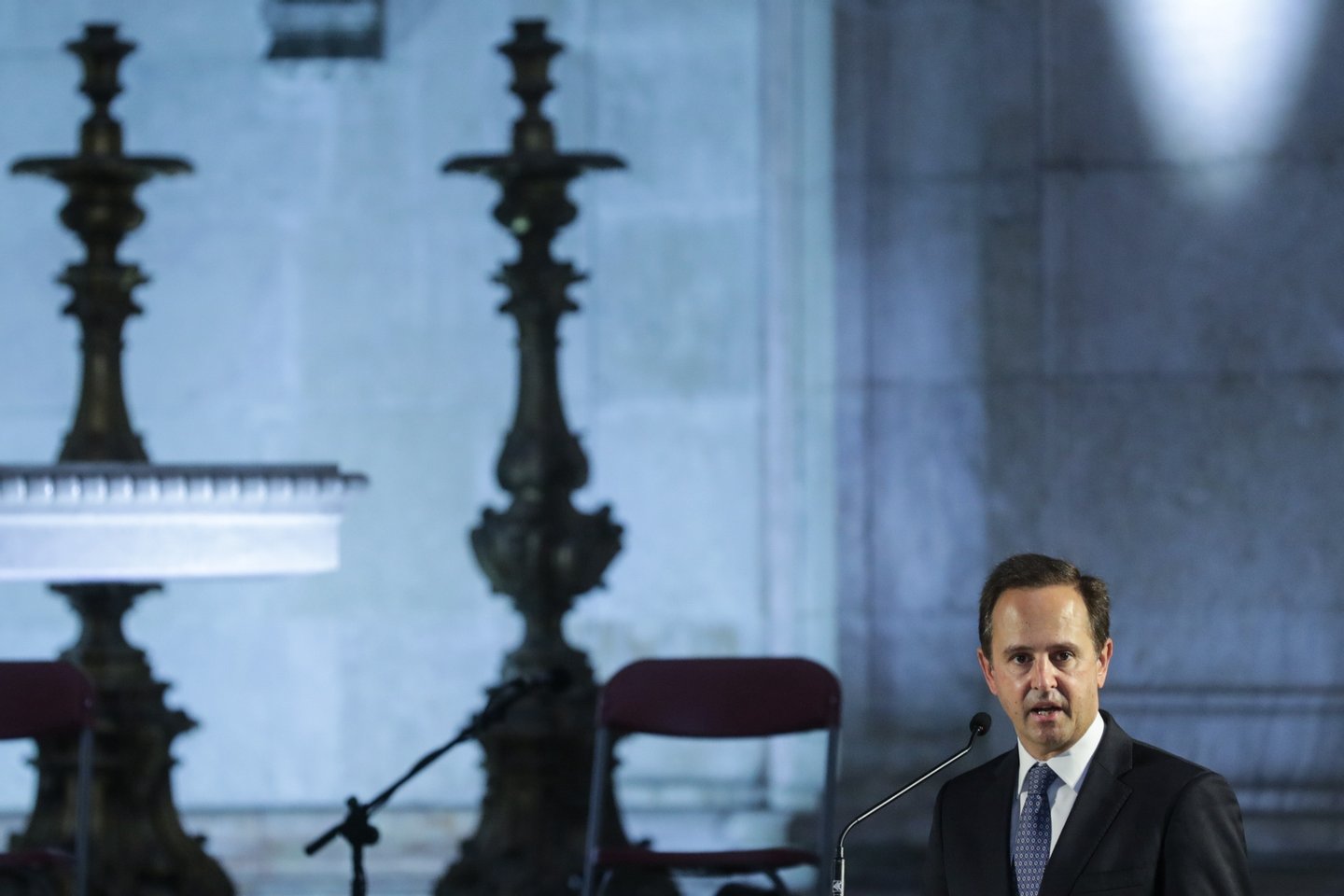 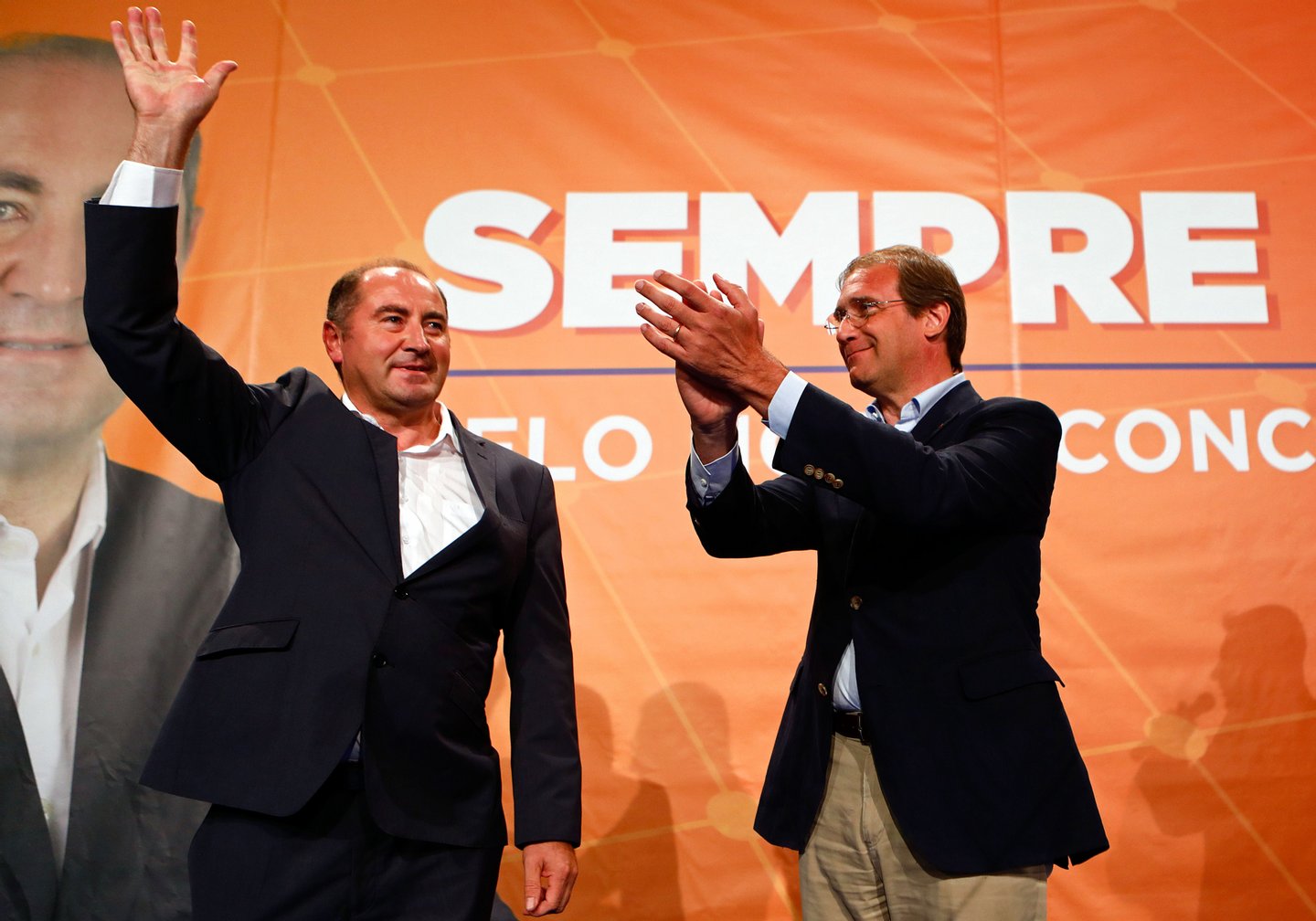 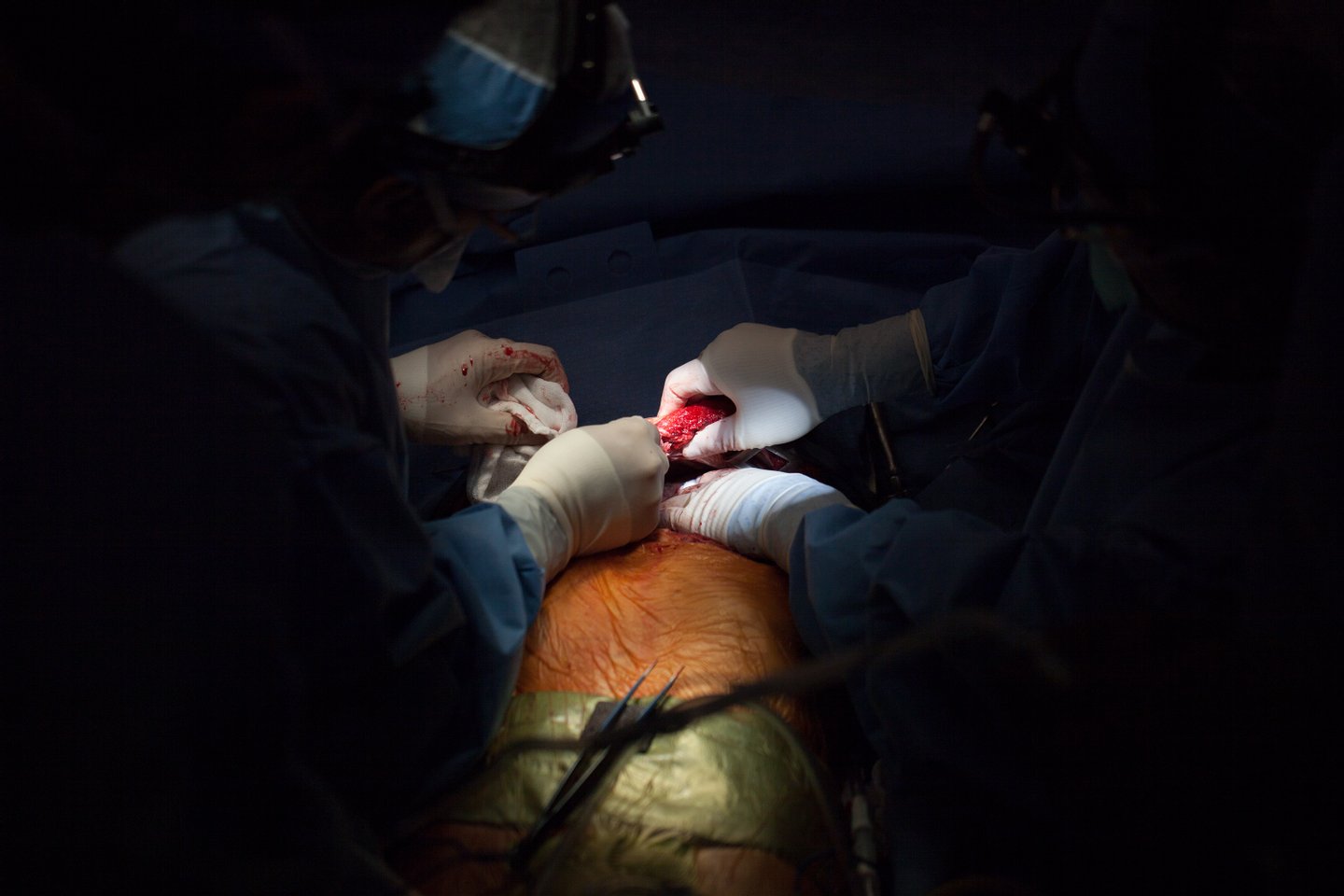 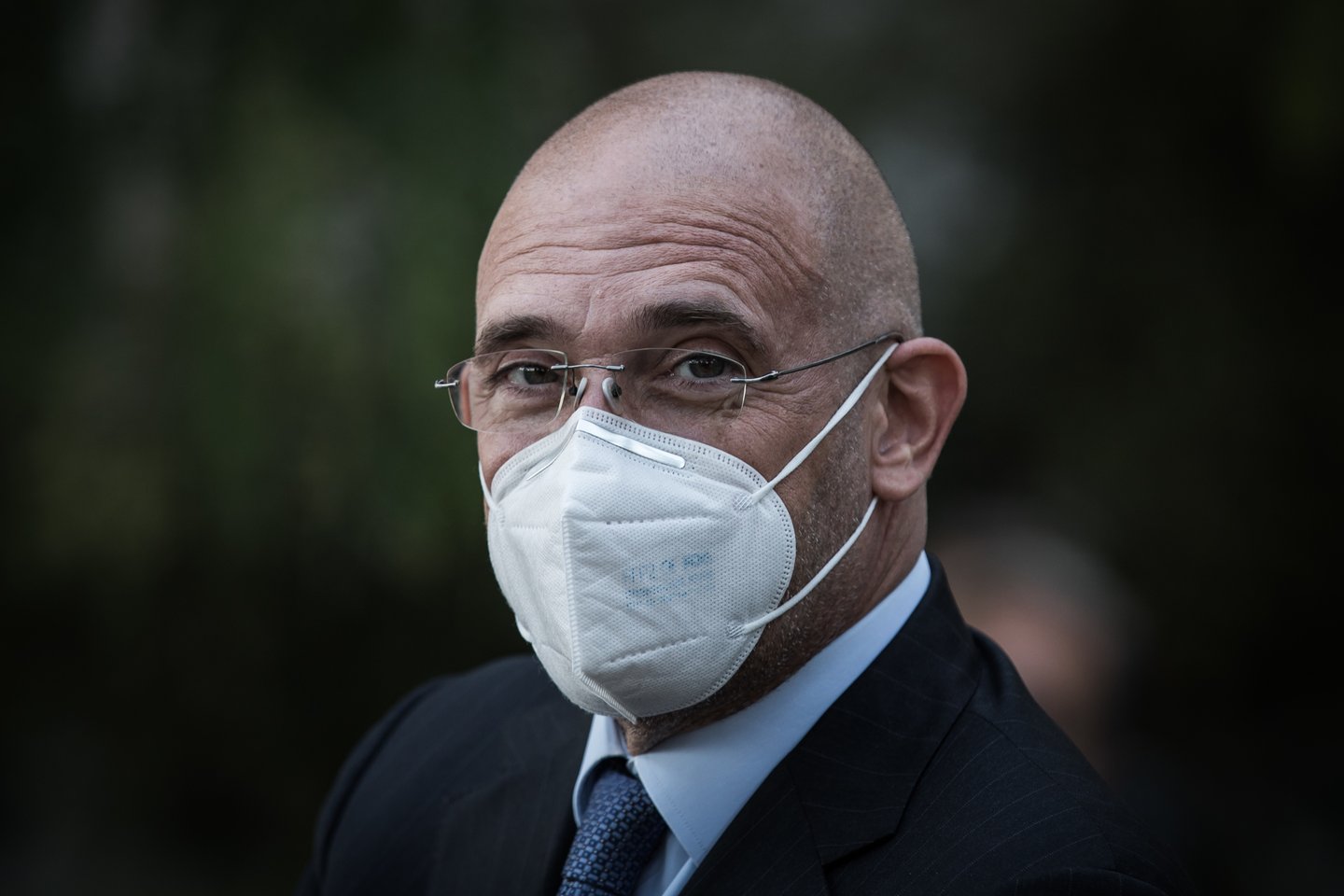 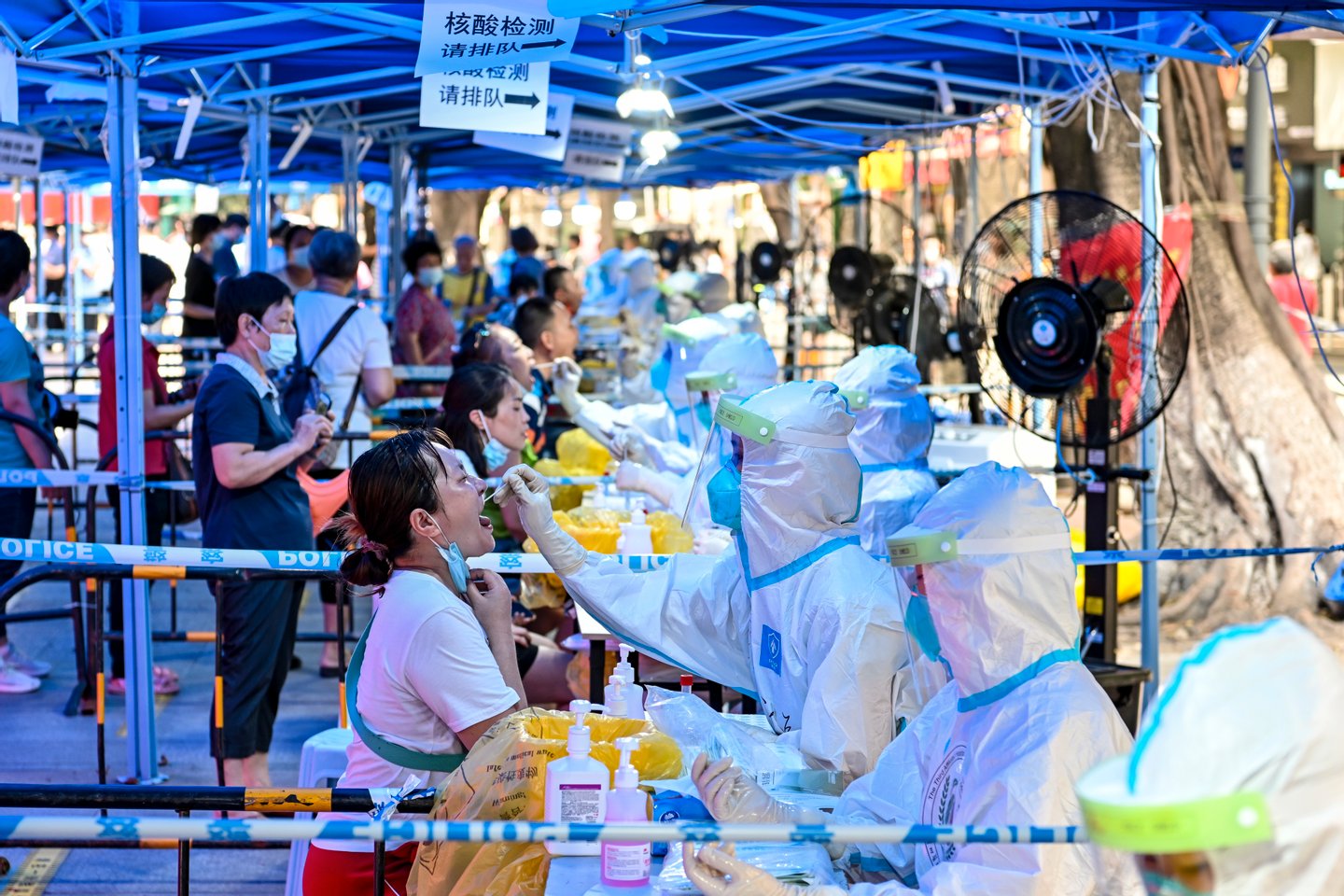 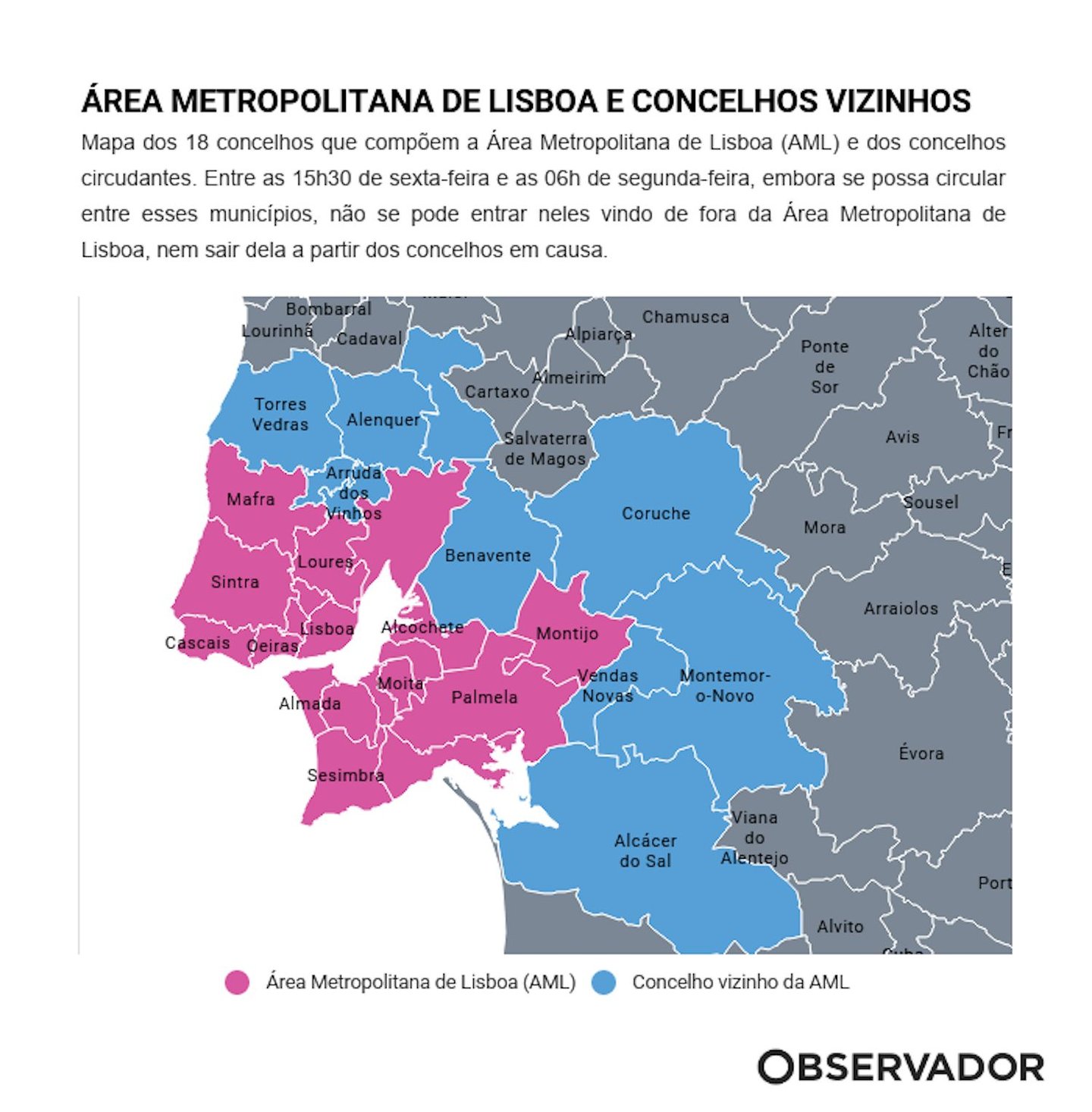 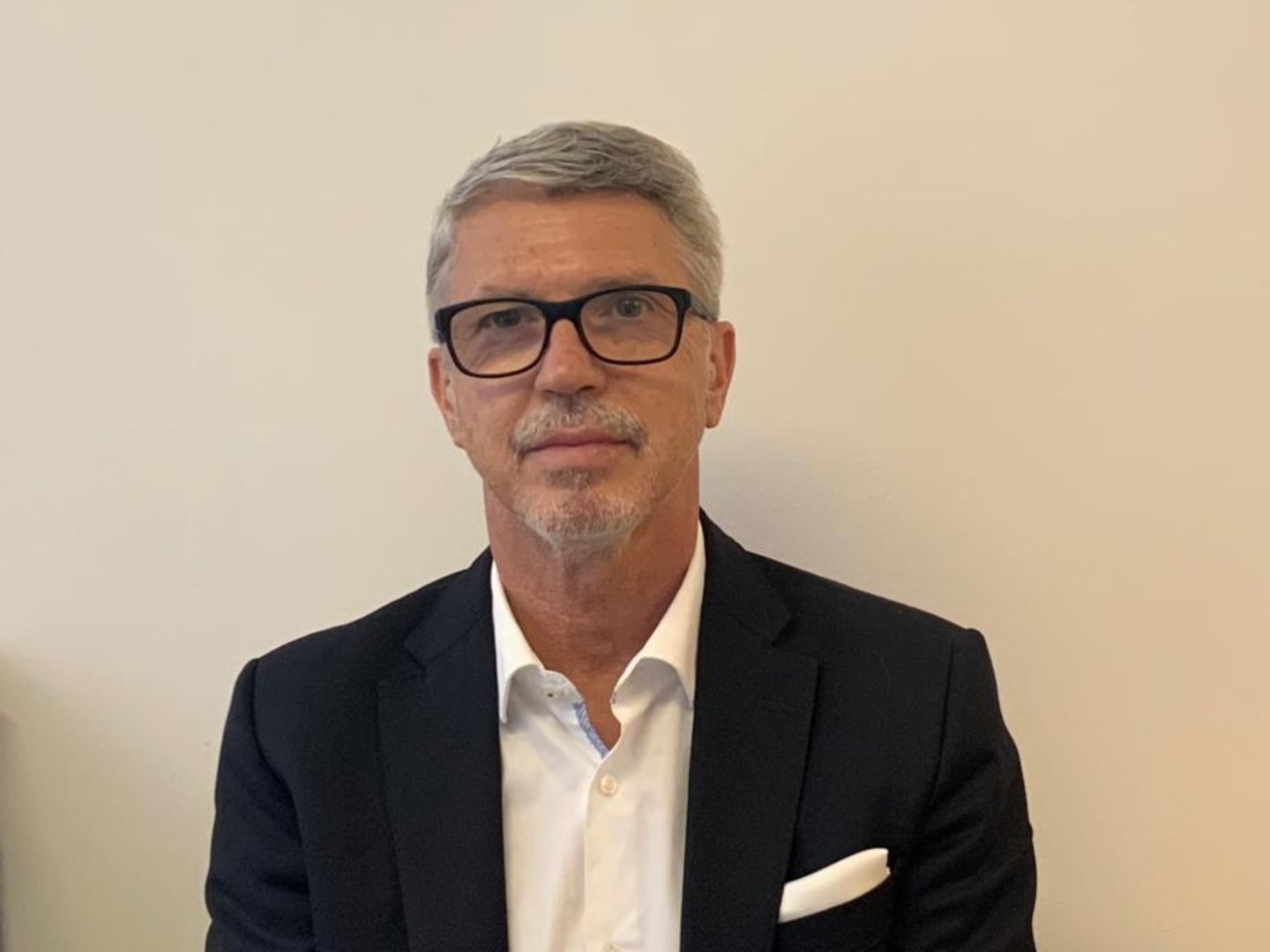 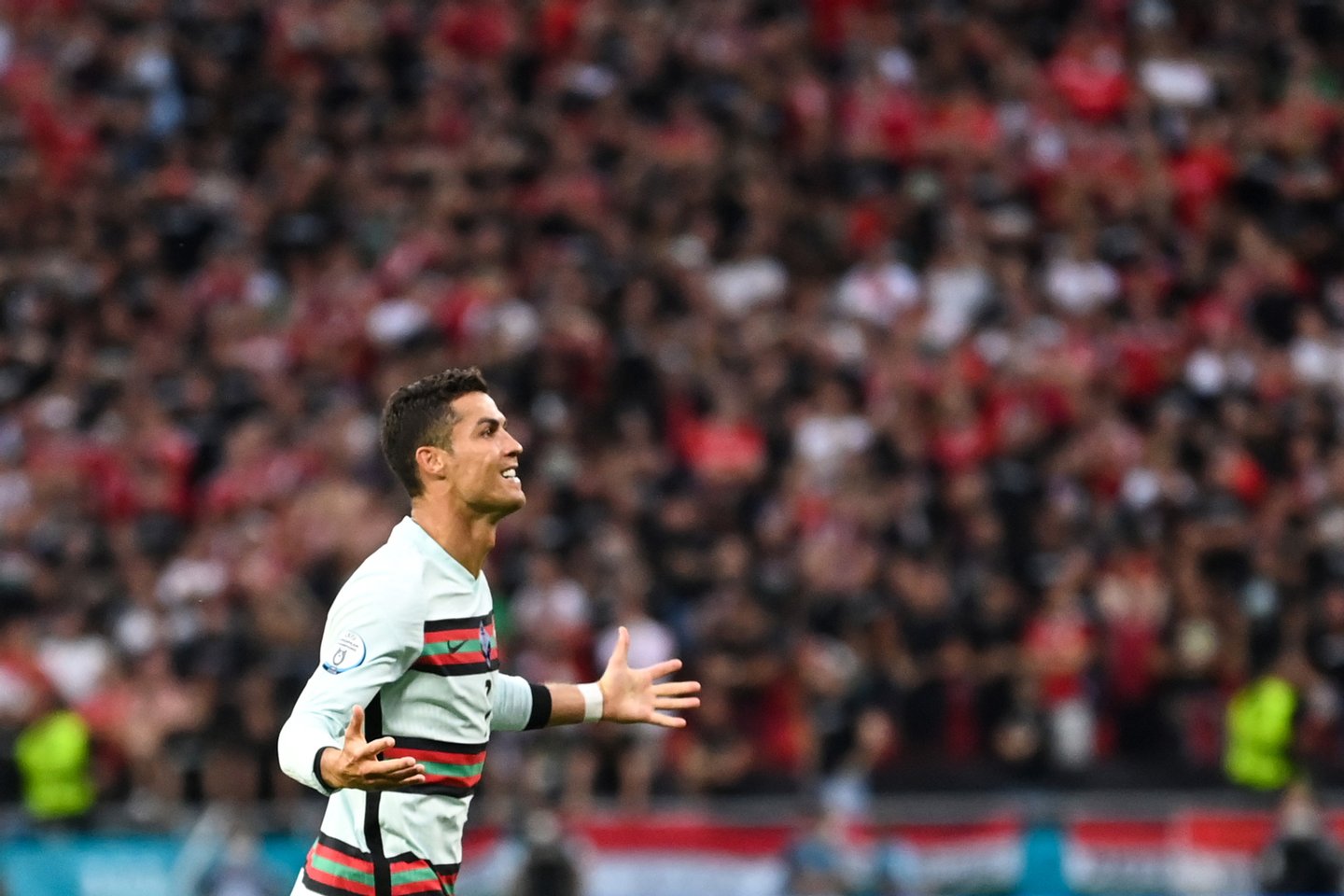 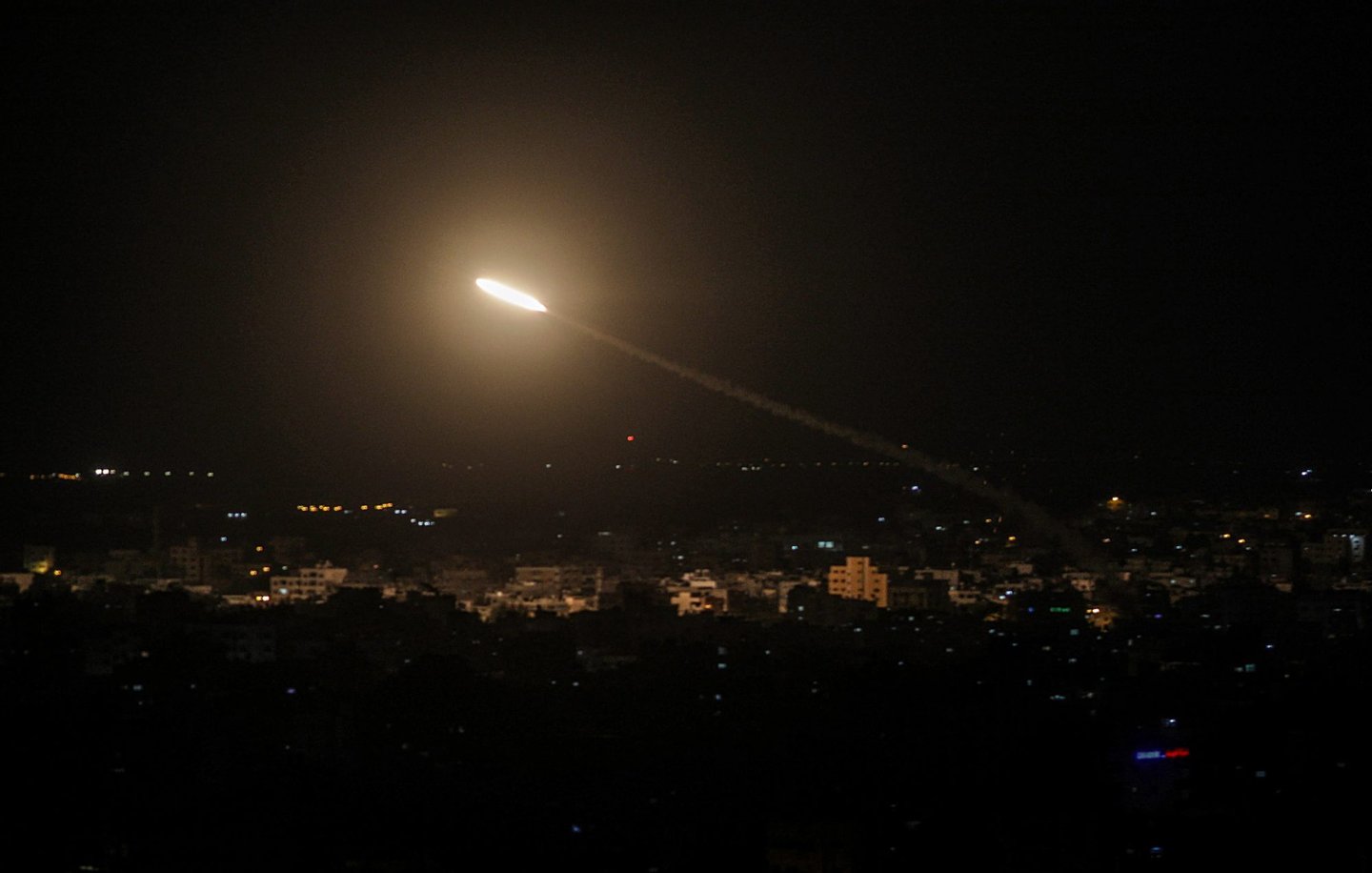 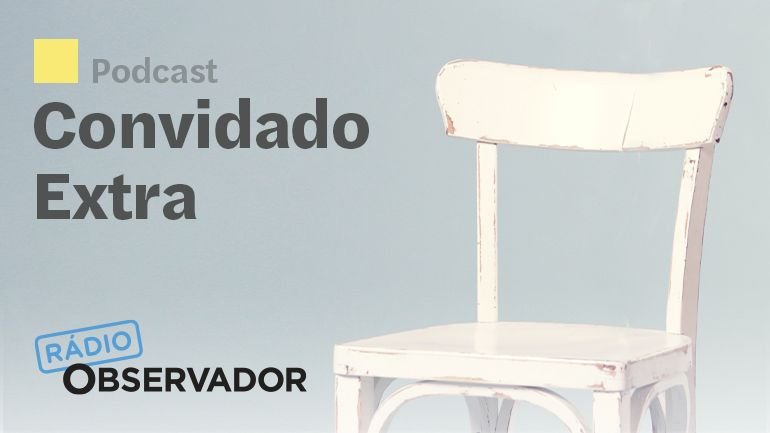 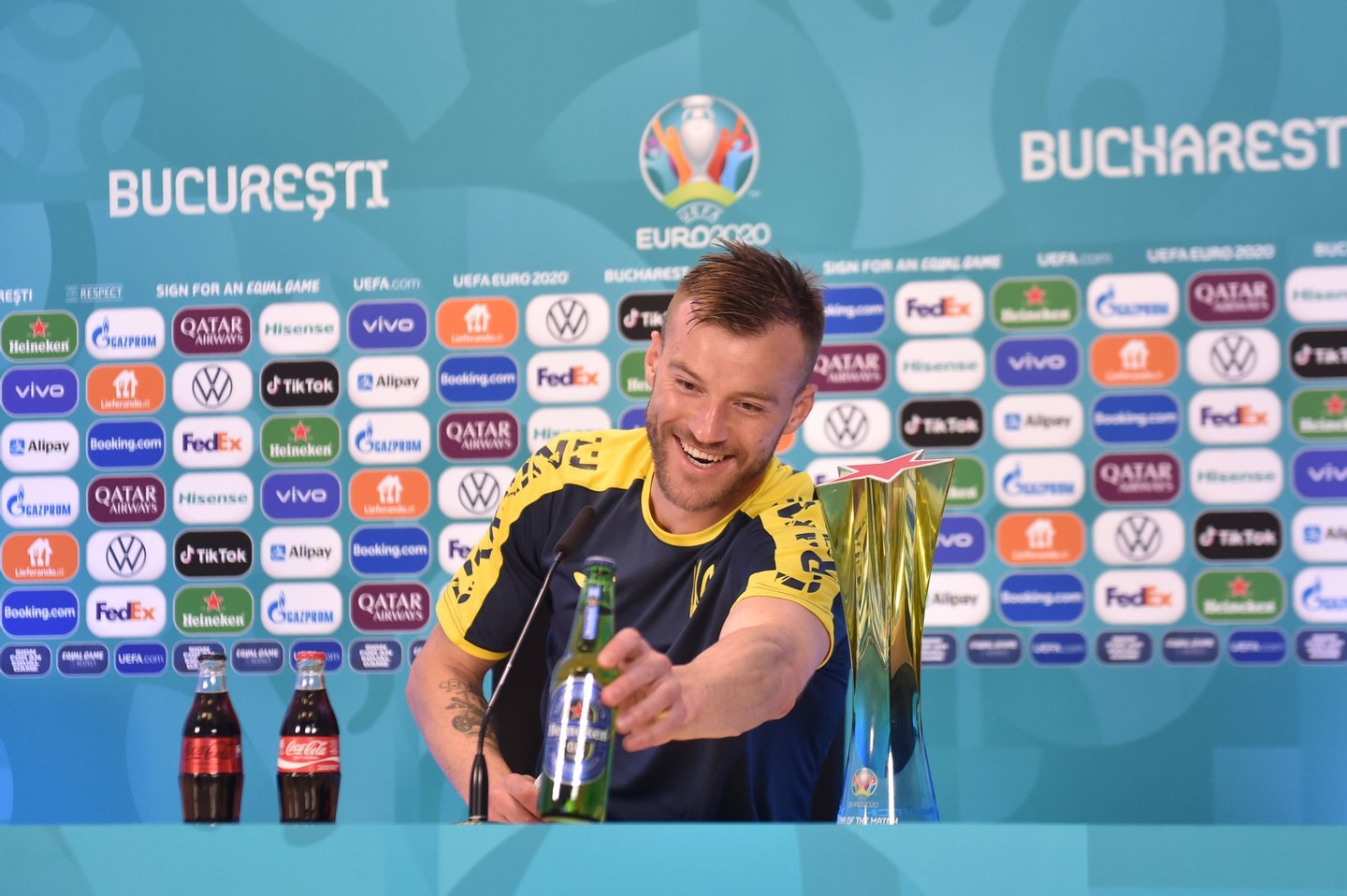