Nancy, almost 90 years old, practises yoga every day and fearlessly dodges the maddening traffic of New York city on her bicycle. Yet, when she passes in front of a small Jewish cemetery squeezed between the buildings of Greenwich Village, the Bohemian and enlightened neighbourhood of the city once settled by Sephardi Jewish pioneers fleeing from Portuguese persecutors, Nancy shivers. She shivers because the tombstones have been desecrated and will be recurrently defaced after each repair. She shivers because she fears for the future of her children and grandchildren. Nancy didn ́t need to request Portuguese citizenship – her children are adults and can claim it in their own right – but she chose to apply for it. Not because this was necessary for her to travel freely throughout 185 countries in the world. What Nancy and the descendants of the Jews of the Portuguese Nation have a need for, be they holders of an US, Israeli or Turkish passport, is first and foremost a message. The message of seeking forgiveness, asked without conditions or inquisitorial undertones.

The Socialist Party’s proposed amendment to the Portuguese Citizenship Act regarding the naturalisation for descendants of Sephardi Jews was recently altered. Instead of two years residence, a requirement which shocked many in the Party, the socialist Members of Parliament are now proposing a new apparently anodyne requirement: the new Law would require these applicants to prove “an effective connection to the national community”. But just as the anodyne is a substance that diminishes pain, reducing the sensitivity of the brain or the nervous system, this apparent retreat is being administered to numb the consciences of the more globally aware socialists. The juridical substance prescribed – “effective connection” – is far from benign, despite its lyricism. Make no mistake: in Portuguese citizenship law, this concept has a long inquisitorial tradition which means it is anything but benevolent.

It was in 1981 that the Portuguese legislature first thought of using this concept, following the precedent of the 1959 Law n.o 2098, to enquire and investigate the sincerity of the ties that permit the acquisition of citizenship: marriage and adoption. The law sought to prevent marriages and adoptions of convenience, viz. “the fraudulent use of these precepts in defiance of the legislative intention, in which the acquisition of Portuguese nationality by a foreign spouse was not the corollary of a matrimonial union but rather where the marriage was contracted solely with this aim in mind.” These words by Professor Moura Ramos, an academic with a rare insight into this structural law, could have been uttered by the Member of Parliament who was the face of the recent proposed amendment regarding the descendants of the expelled Iberian Jews. We would only need to replace the words ‘spouse’ and ‘matrimonial union’ by ‘Sephardi Jew’ and ‘effective connection’.

The issue with this is that the Sephardic heritage, which is a Portuguese cultural heritage, is not a marriage of convenience dependant on free will. Sephardi Jews are not capitalising on their cultural and historical condition. They possess it, as long as they are able to prove it. And the divorce between Portugal and the Jews of Portuguese stock (which had a connection so profound during the XVII century that they were known abroad as “The Portuguese Nation”, even if originally Spanish), did not take place by the Jews’ own volition. The divorce happened because Portugal was on the wrong side of history, for reasons which were far more of an economic, political and social nature than they were religious.

The law known in Portugal as The Law of Sephardi Jews, whose mother was the Socialist Party and father the (right wing) CDS-PP, was an attempt to bring the Portugal of which we are so proud to the right side of history: ecumenical, tolerant and humble in seeking forgiveness. It is armed with this pride that I have felt so privileged speaking about our Law to the descendants of Sephardi Jews I have contacted, be they observant, agnostics or atheists. Emboldened by our high ethical stance of posing no demands in return for forgiveness for the errors and injustices of our past, I have been able to address the doubts of the more sceptical amongst them. Some, due to the bitter lessons of history, find it hard to believe when I tell them that no material sacrifice is necessary, no test is required, be it one of residence, number of trips to Portugal, language, or ownership of property – the very same host of enquiries that may lurk beneath that beguilingly lyrical concept of ‘effective connection’.

Not only was our request for forgiveness unconditional and devoid of any investigations, but I have always boasted about the unanimity with which this law was approved across the political spectrum from Right to Left, as if in some small measure I could claim as mine the merit of this rarity in democracy. And as if this unanimity held out the promise that anti-Semitism has no place in contemporary Portugal, which is a far more existential motivation for seeking dual citizenship than the pittance of free movement. And I promised them that there would be no investigation of what they felt, notwithstanding Portugal ́s arms were wide open to embrace their voluntary return, be it emotional or physical, permanent or sporadic, as so successfully demonstrated by the efforts of our previous Secretary of State for Tourism in awakening the Jewish world to discover and invest in our country.

If this proposed change to the Law is approved in Parliament and then regulated as the Government sees fit, bound only by the vague concept now suggested, I will have to tell those who may ask me that Portugal is no longer interested in asking forgiveness for the sake of forgiveness. Instead, Portugal will enquire whether this Sephardic connection, already proven legally, withstands the ‘test of love’ and an auto-da-fé with regards to the sincerity of their alleged desire to reconnect with the country of their ancestors. And that this new test is necessary not because something changed in their past, but because apparently, we have changed our thinking in our own present. Well, if that is so, we need to confess it.

I find this hard to accept, preferring to believe in the better angels of our nature and of the politicians we have elected, who with the best of intentions strive to improve the laws that govern us. The problem is that this Law does not need to be improved, even if there is always room for improvement of how it is exercised in practice, reflecting experience acquired over some years.

The reason now alleged for the need to change a Law which was agreed unanimously seven years ago, and put into practice five years ago, was that “the most noble of initial intentions” runs the risk of being “spoiled” – as stated by the Vice-President of the Socialist bench in Parliament in an article published in Público, on 20.05.2020. She justifies this because Portugal’s membership of the EU gives “Portuguese citizenship an additional dimension inherent to European Citizenship”, that is visa-free travel throughout the world and the right of residence in any member State. This begs an obvious question: wasn ́t this Law unanimously approved when Portugal was already a member of the EU, with all the attendant benefits of this supranational citizenship as established by the Maastricht Treaty in 1992? The Law for the descendants of Sephardi Jews always allowed for naturalisation of those devoid of any ‘effective connection’ to Portugal, understood as a de facto present-day connection to our country. Instead, what the Law always required was a connection (unqualified by any adjective) to the Sephardi heritage, be it recent or more remote. Such connection had to be demonstrated, which excluded thousands of people who have always felt Sephardi but can ́t prove it through the criteria that the Law correctly posited as determinant (family language, surnames or genealogy).

However, on the back of the soothing expression then incorporated in the new Law of demanding “ties of effective connection” (an appropriate title for a film), that Law was consequently put into effect with a list of demands placed on the grandchildren: buy or rent a property in Portugal for at least three years; travel regularly to Portugal (although we can ́t really tell you how often is regular); change your lives and invest in a residence project in Portugal – for students, three years will suffice, otherwise five will be necessary; and devote your time to learning Portuguese grammar in case your parents also failed you in that mission, because they chose to move to a non-Portuguese speaking country. And if you do all of this, and only then, will we believe in the sincerity of your desire to become Portuguese and the doors of European citizenship will be ajar for you. This was the Law chosen by a small country which once was great, when it realised membership of the EU turned it anew into a coveted bride.

The troubling reality is this: the Portuguese diaspora, which bred so many grandchildren of Portuguese citizens throughout the world, and as much as our inability to assure their parents’ economic survival in the country of their birth should sadden us, has no comparison whatsoever with the reason that led the Jews of the Portuguese Nation to loose their Portuguese citizenship. Maybe because they were conscious of this reality, all the MP’s who sat in Parliament in 2013 were united as they very seldom are; because they realised they were making history, repairing history and changing history. They understood that the Law of Naturalisation for the Descendants of Sephardi Jews has absolutely nothing to do with the law which grants citizenship to grandchildren of those who lost interest in Portugal, and certainly no parallel with the law of citizenship by marriage or civil partnership. Perhaps they sensed that the concept of ‘effective connection’, which had already reared its ugly transactional head in previous changes to the Law, sullied the purity of Parliament’s intention. Or, yet another possibility, they didn ́t grasp the real scope of the message they were conveying with their gesture of asking for forgiveness by the descendants of Iberian Jews for the virulent racism of the Inquisition, especially given the growing propagation of the viral load of anti-Semitism that is always latent. Maybe Nancy, the fearless old lady from New York, could explain to them how far and deep their message struck.

I refuse to admit that there is racism ingrained in the intentions of any member of my Parliament. Which doesn’t mean innocence. Nor does it mean that racism won’t hitch a ride on the back of ill-managed intentions. One just needs to read about the centuries old history of anti-Semitism or to witness the consequences of the words uttered today by demented leaders of great nations, to comprehend the effect of dog whistling: the wrong laws implemented at the wrong time act like a whistle emitting a frequency that only the acute hearing of some will catch. And they trigger unimaginable consequences. An old and supposedly wise nation such as Portugal should know this.

Racism or historical illiteracy: PS and the jews 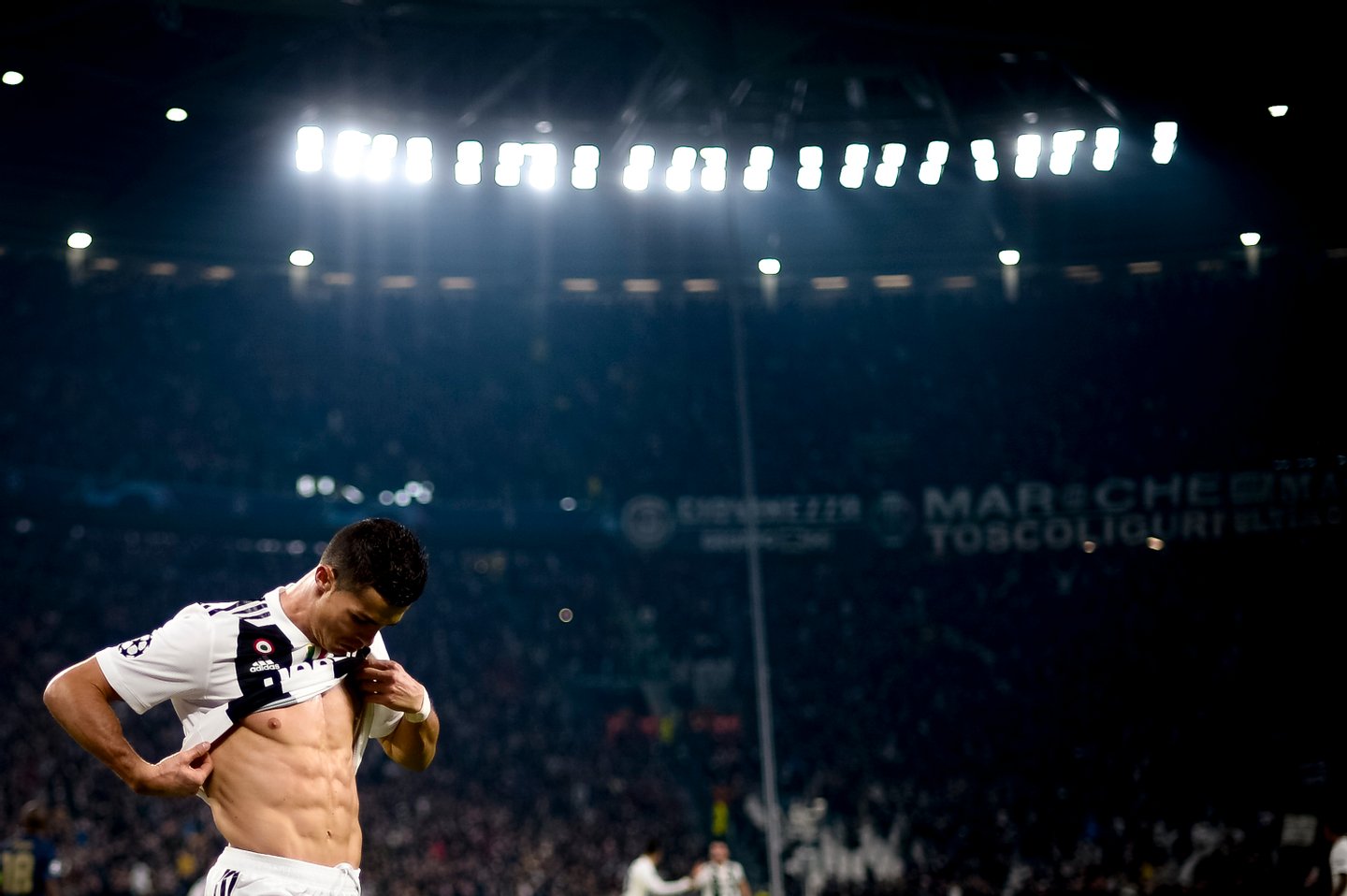 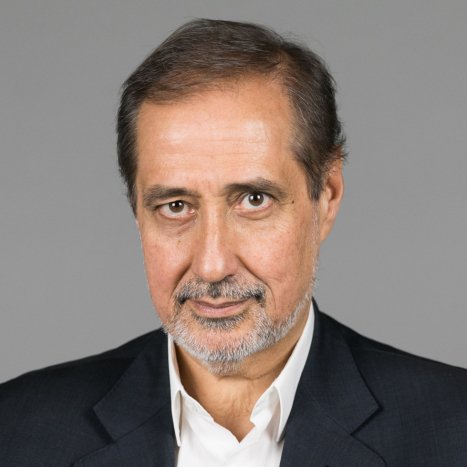 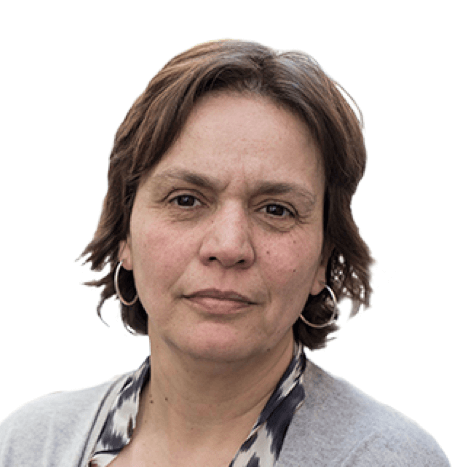 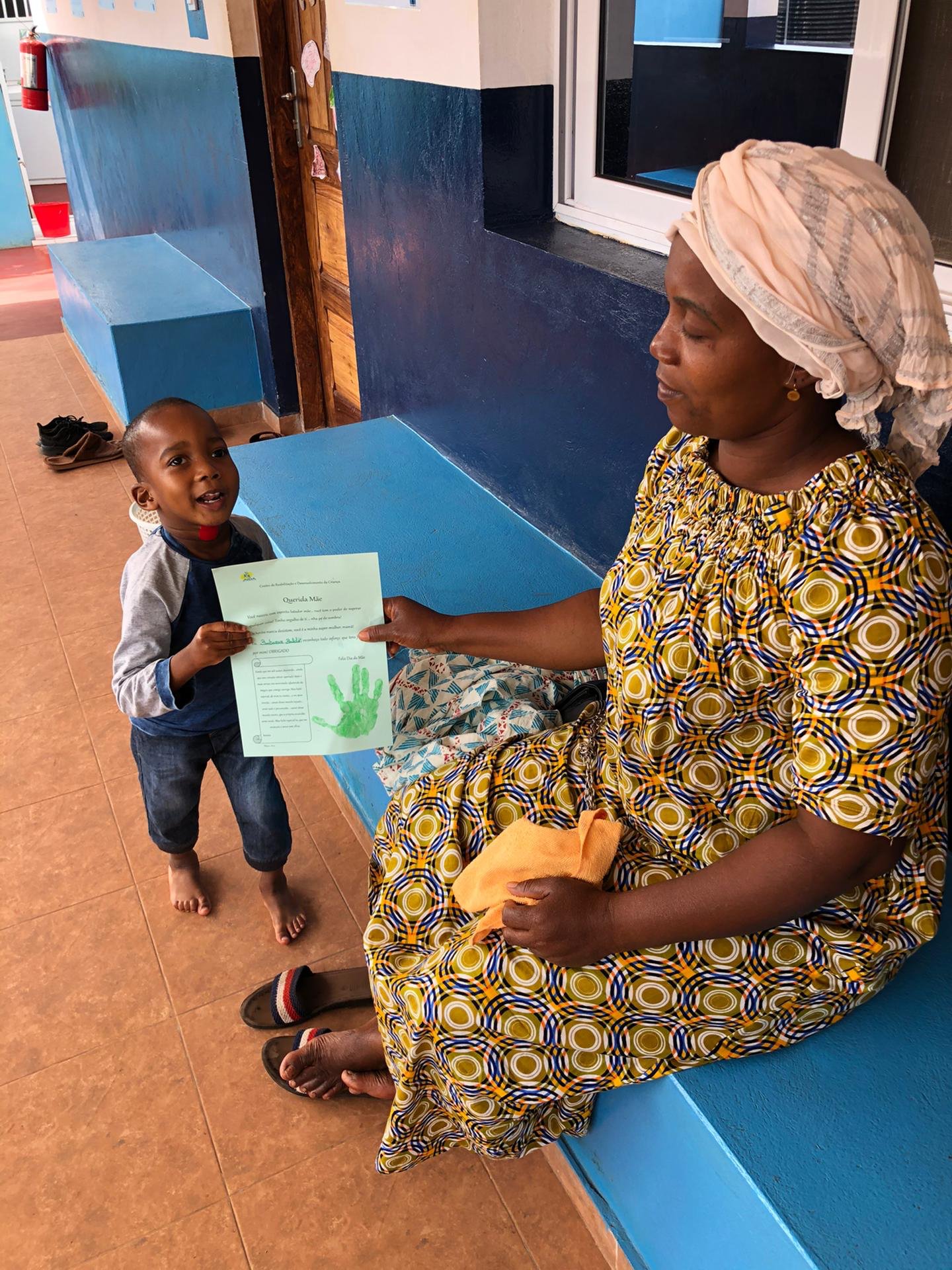 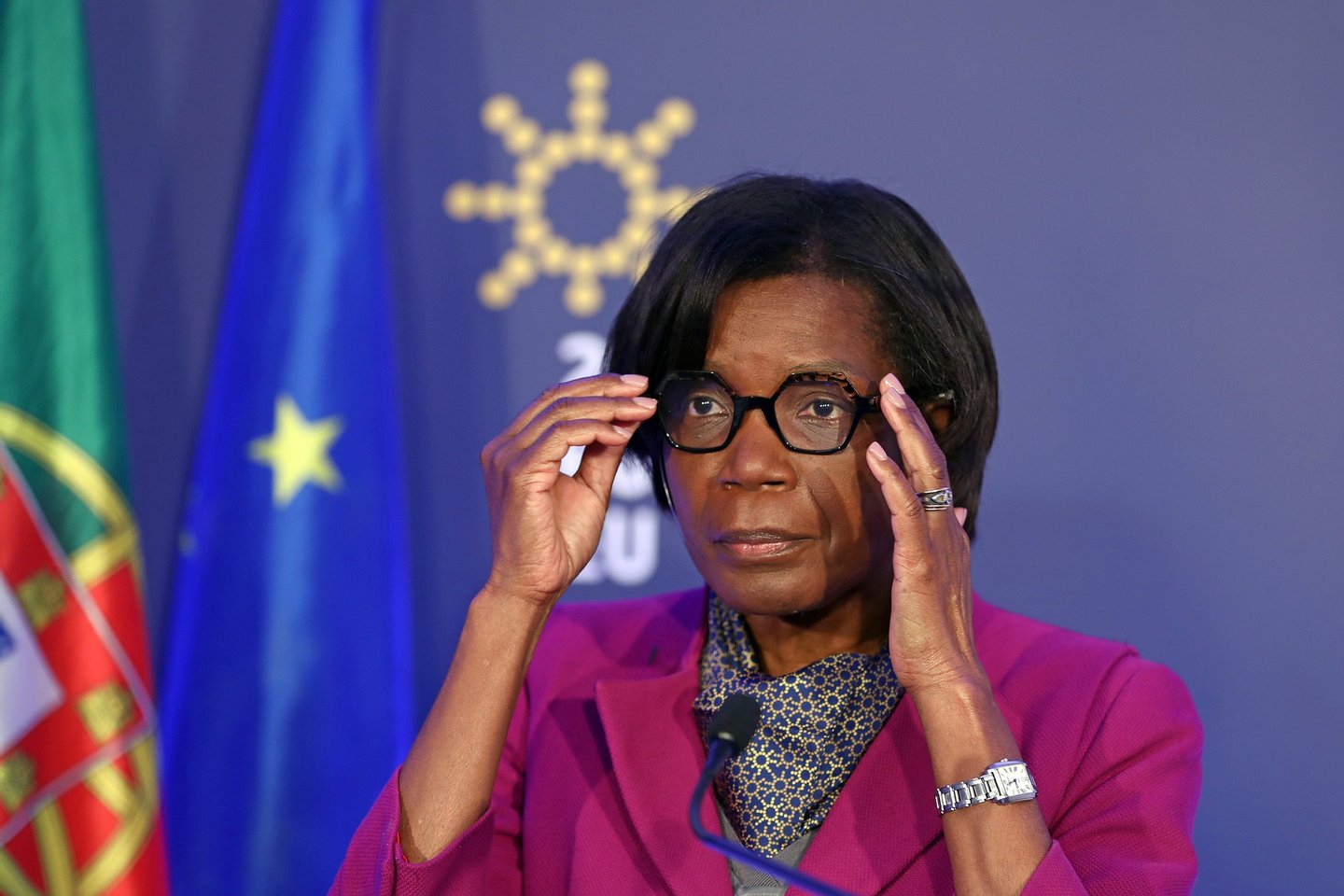 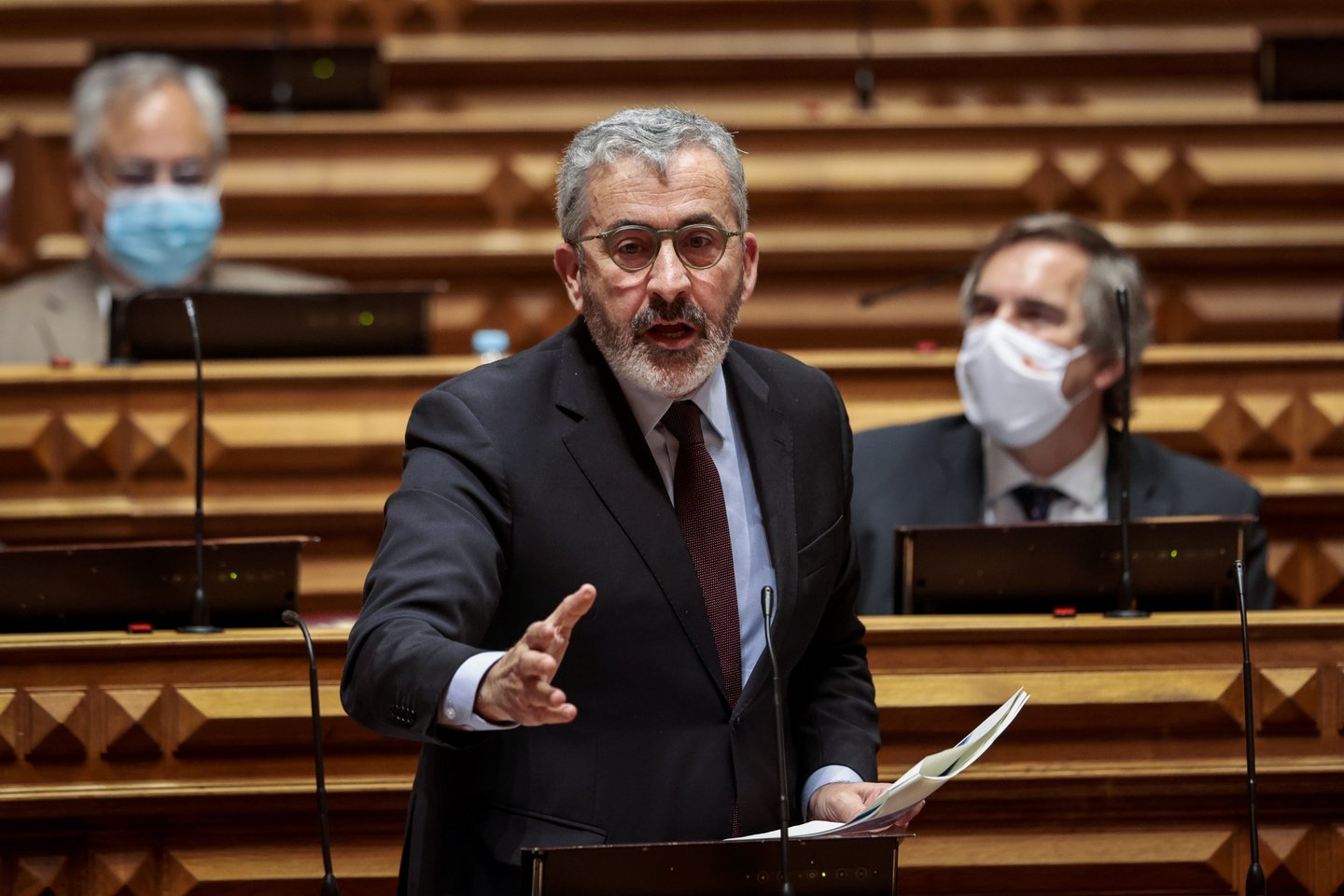 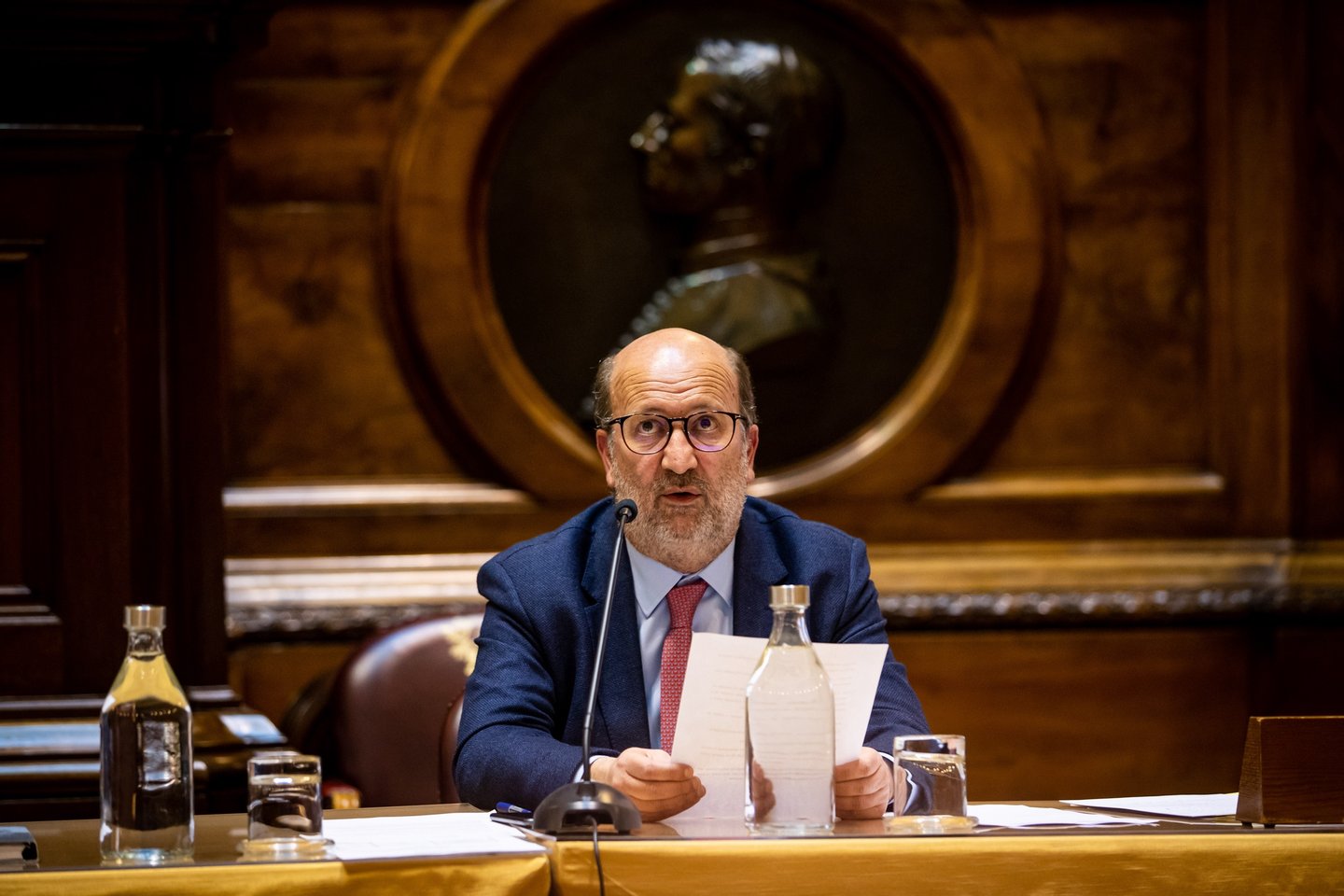 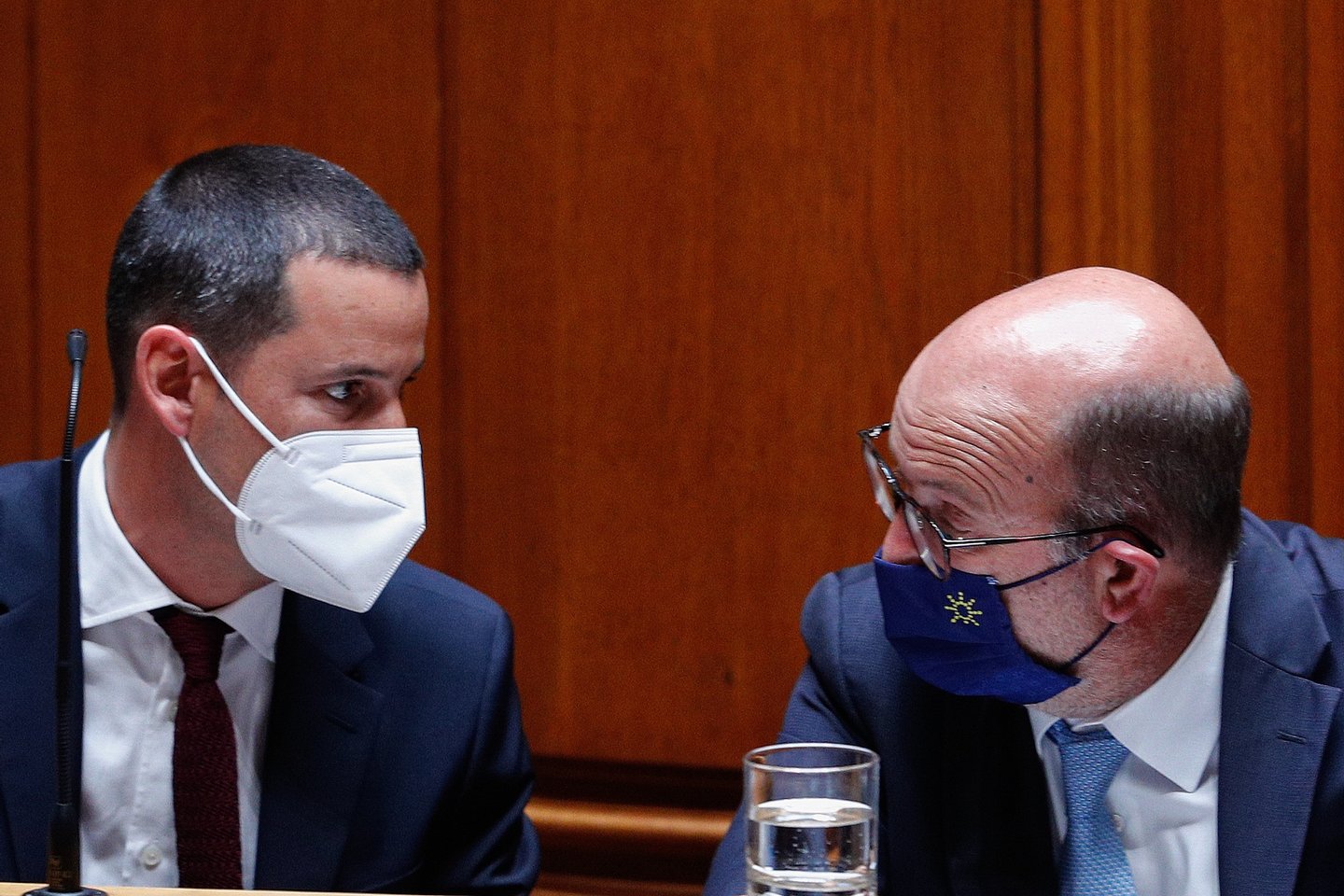 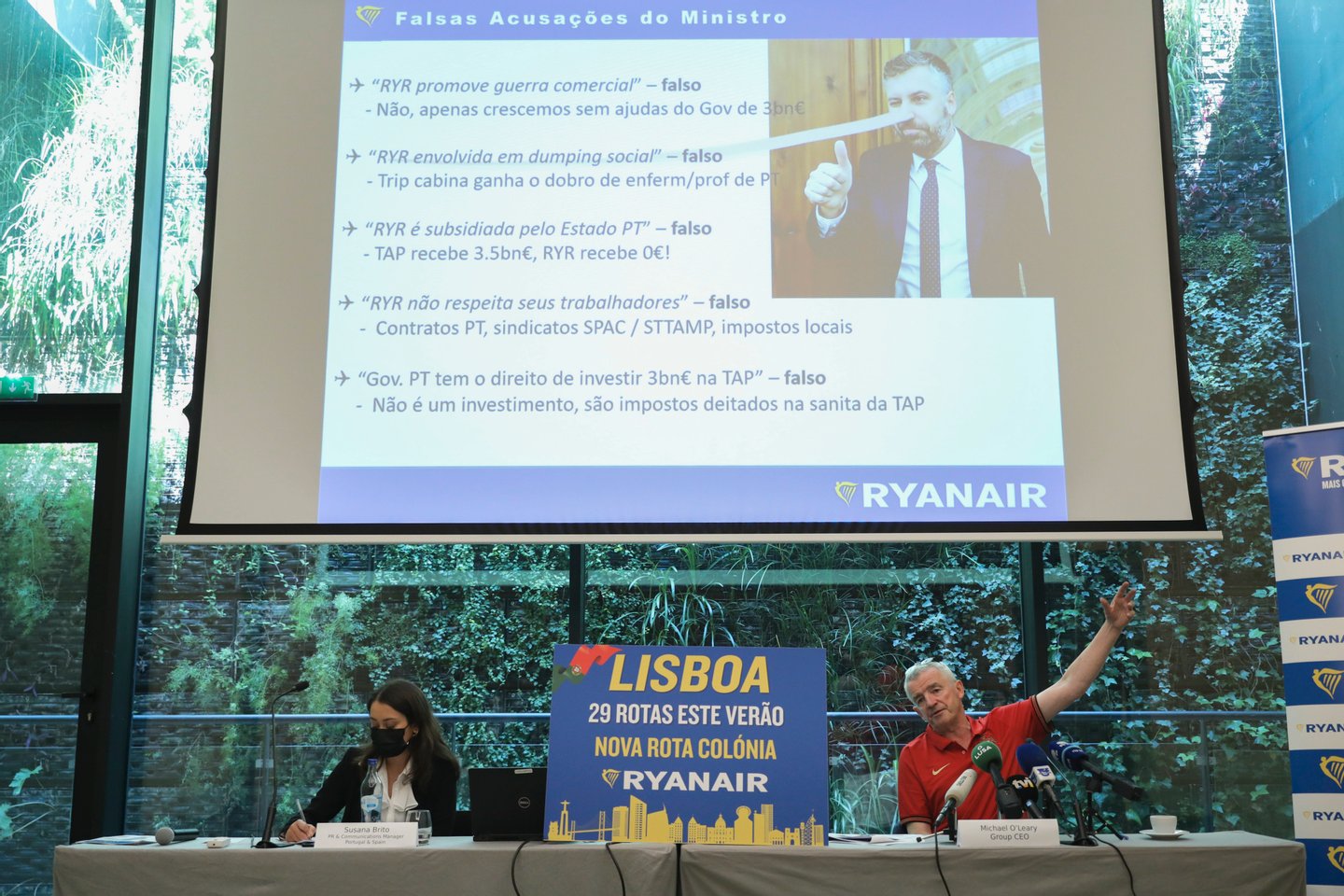 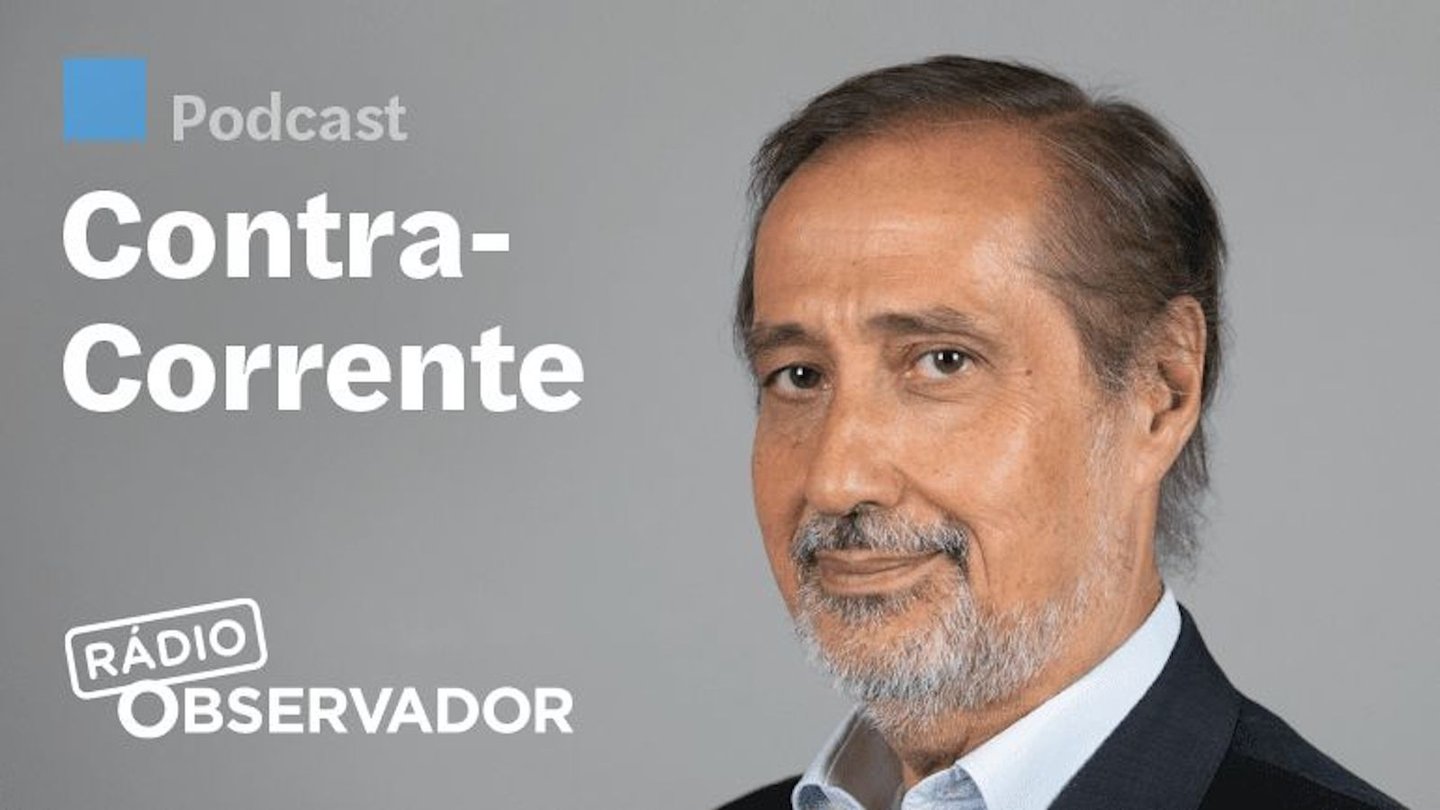 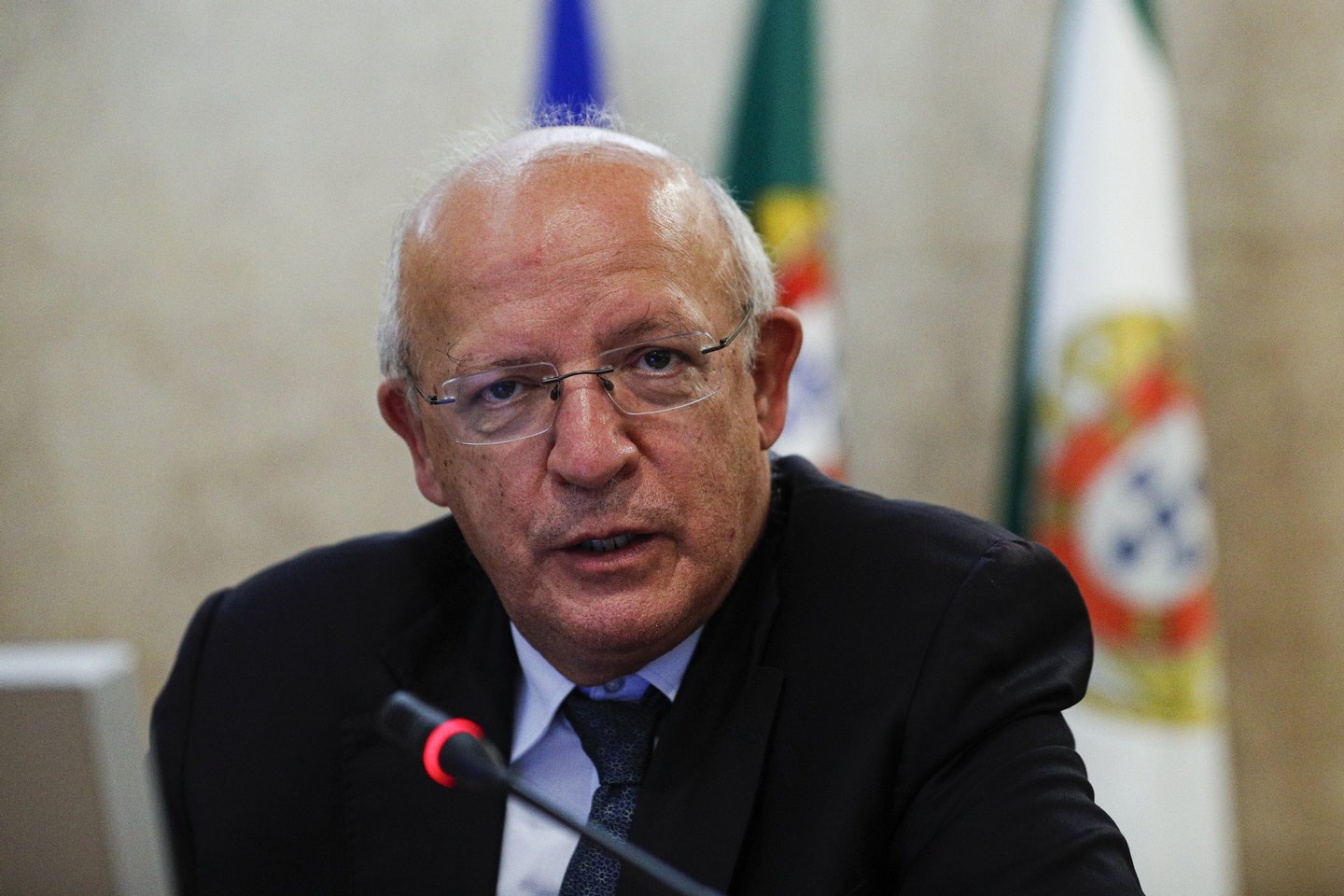 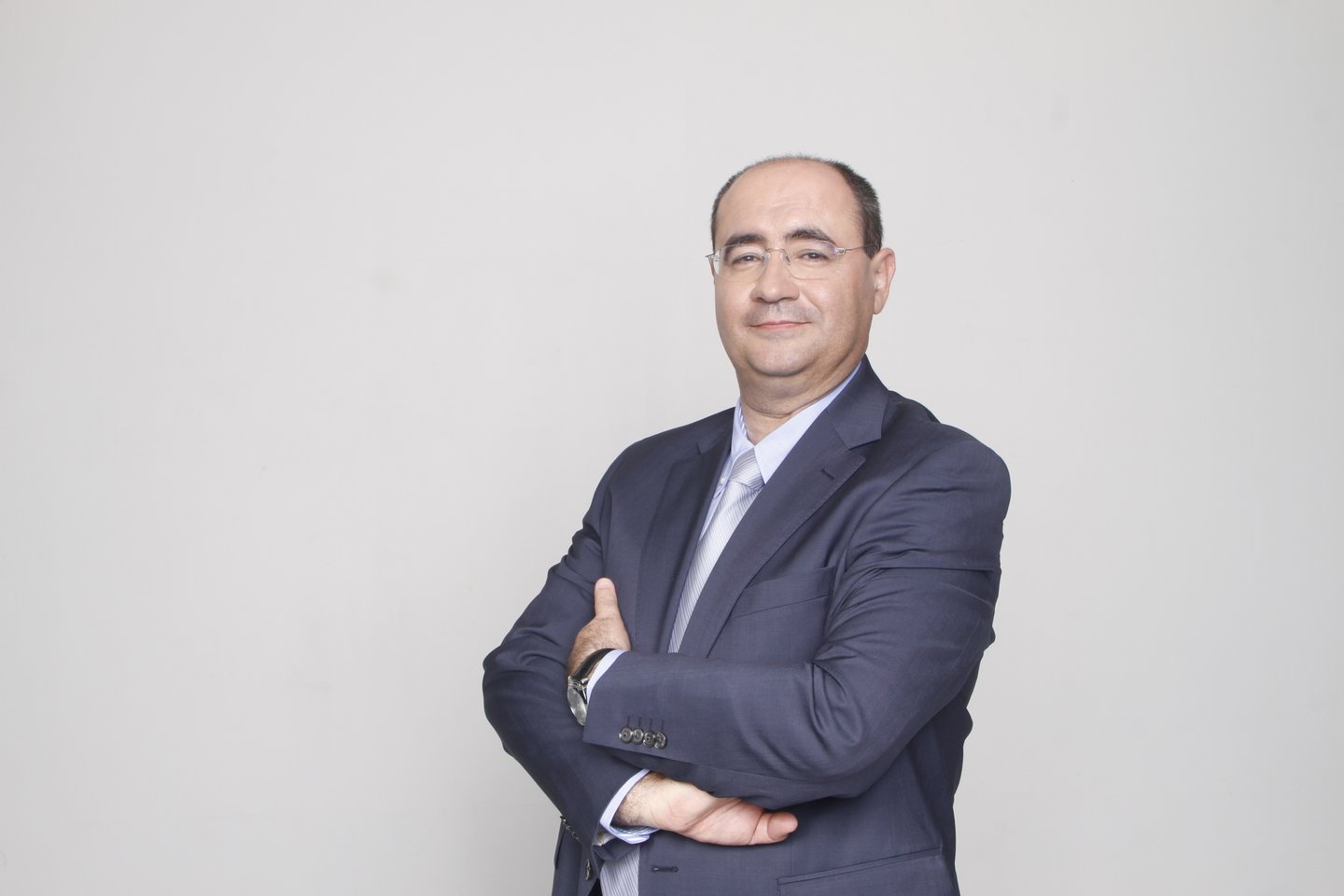 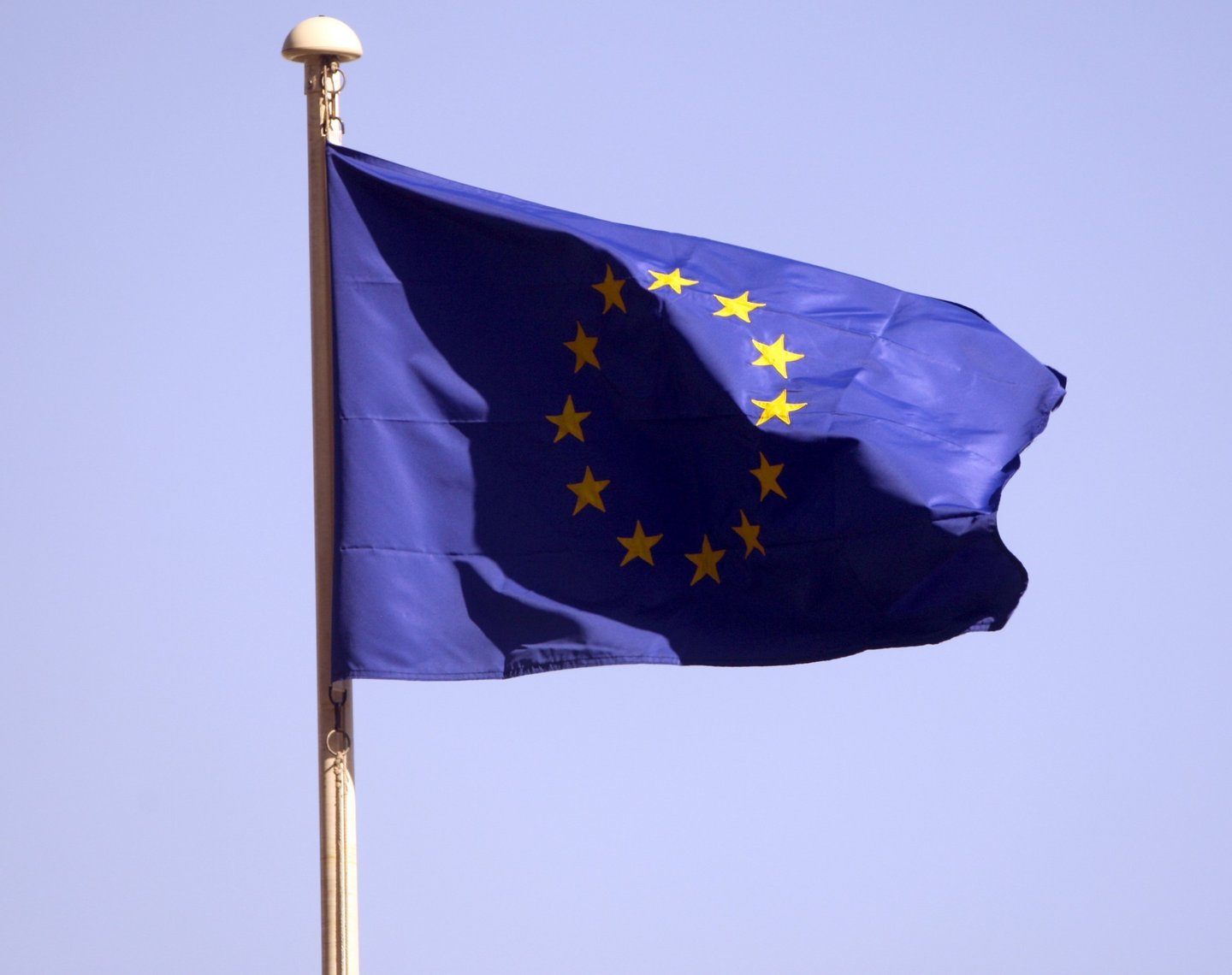 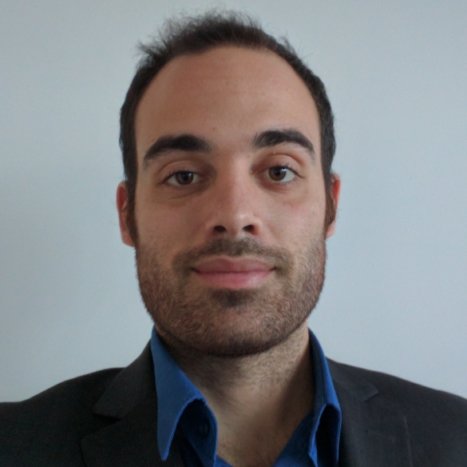 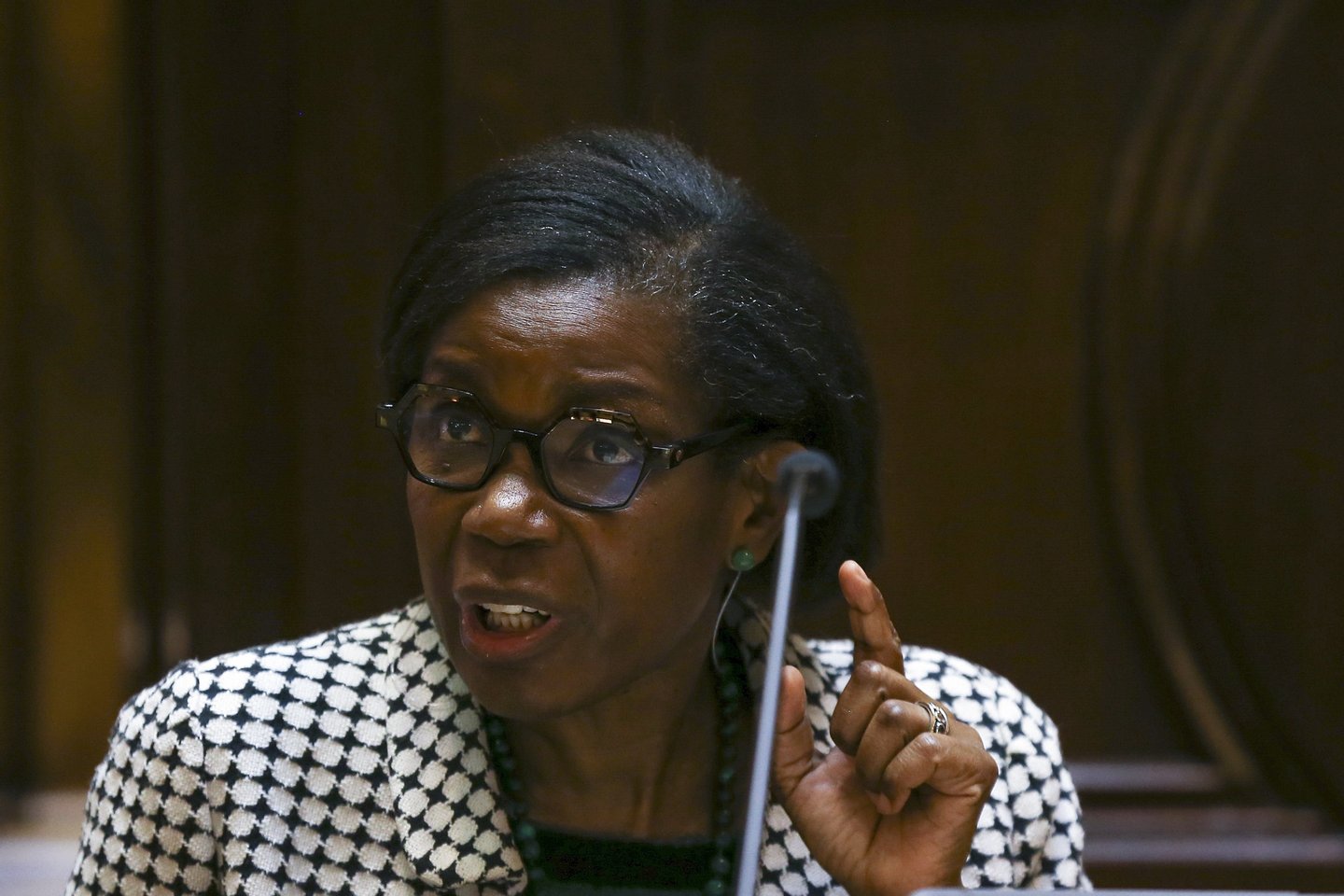